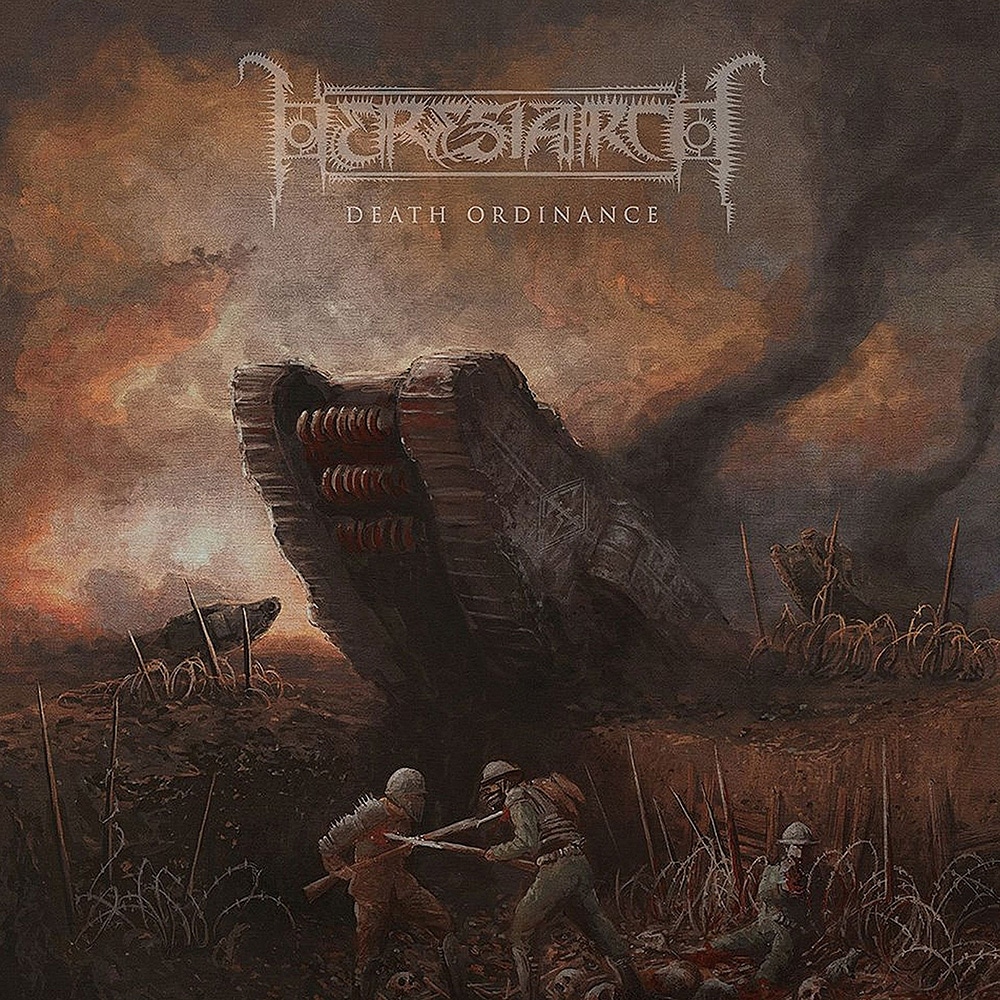 "It does what it sets out to do, and accomplishes its mission of annihilation impeccably. Prepare to be black and blue by the end of this thing. Another great entry into the Dark Descent canon, and a stalwart release from a young band with a lot of potential."
- Jonathan Adams, Heavy Blog Is Heavy

"Death Ordinance feels like a death metal version of a Mad Max movie, complete with visuals of barren landscapes and tanks decked out in spikes. The inclusion of this added layer of depth puts Heresiarch a step above similar acts."
- Vincent, Nine Circles