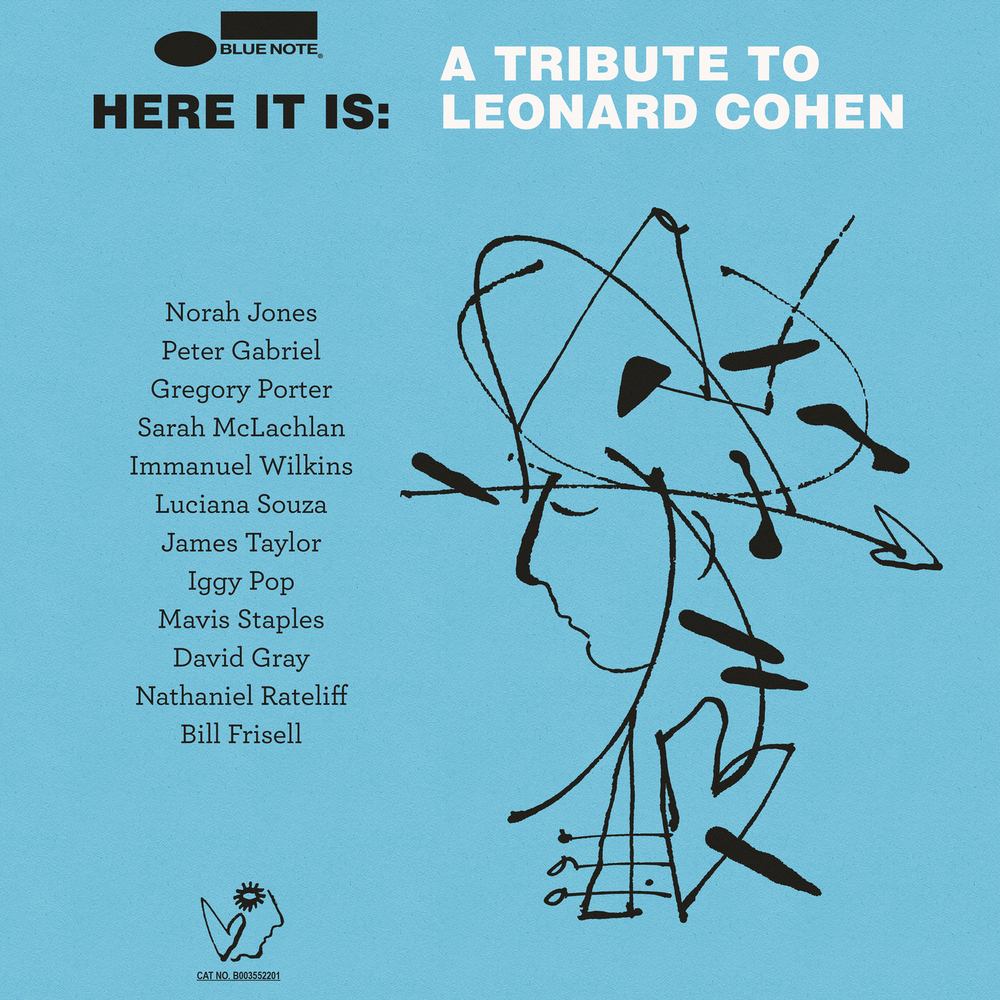 A Tribute to Leonard Cohen

Available in 96 kHz / 24-bit AIFF, FLAC high resolution audio formats
4-time GRAMMY-winning producer Larry Klein, who produced Herbie Hancock’s GRAMMY "Album of the Year" winning release River: The Joni Letters, has assembled another extraordinary star-studded project with Here It Is: A Tribute to Leonard Cohen. This heartfelt tribute to Klein’s dear friend, the legendary singer-songwriter Leonard Cohen, presents stunning renditions of his profound songs by an impressive and eclectic line-up of guest vocalists including James Taylor, Iggy Pop, Mavis Staples, Norah Jones, Gregory Porter, Peter Gabriel, Nathaniel Rateliff, David Gray, Sarah McLachlan, and Luciana Souza. The backing band is no less impressive featuring a remarkable quintet of modern jazz talent including guitarist Bill Frisell, saxophonist Immanuel Wilkins, pianist Kevin Hays, bassist Scott Colley, and drummer Nate Smith. “Leonard Cohen had been a friend since 1982 or so, and in the last 15 years of his life, he became a close friend. He was possibly the wisest and funniest friend that I had, and someone that I enjoyed, immensely, in every way. After he passed away, I found myself frequently covering his songs with other artists that I was working with. One reason, of course, is that the songs are so good—in a certain way, Leonard is the best pop songwriter ever—but the other reason was that it helped keep him in the air around me.” - Larry Klein
96 kHz / 24-bit PCM – Blue Note Records Studio Masters