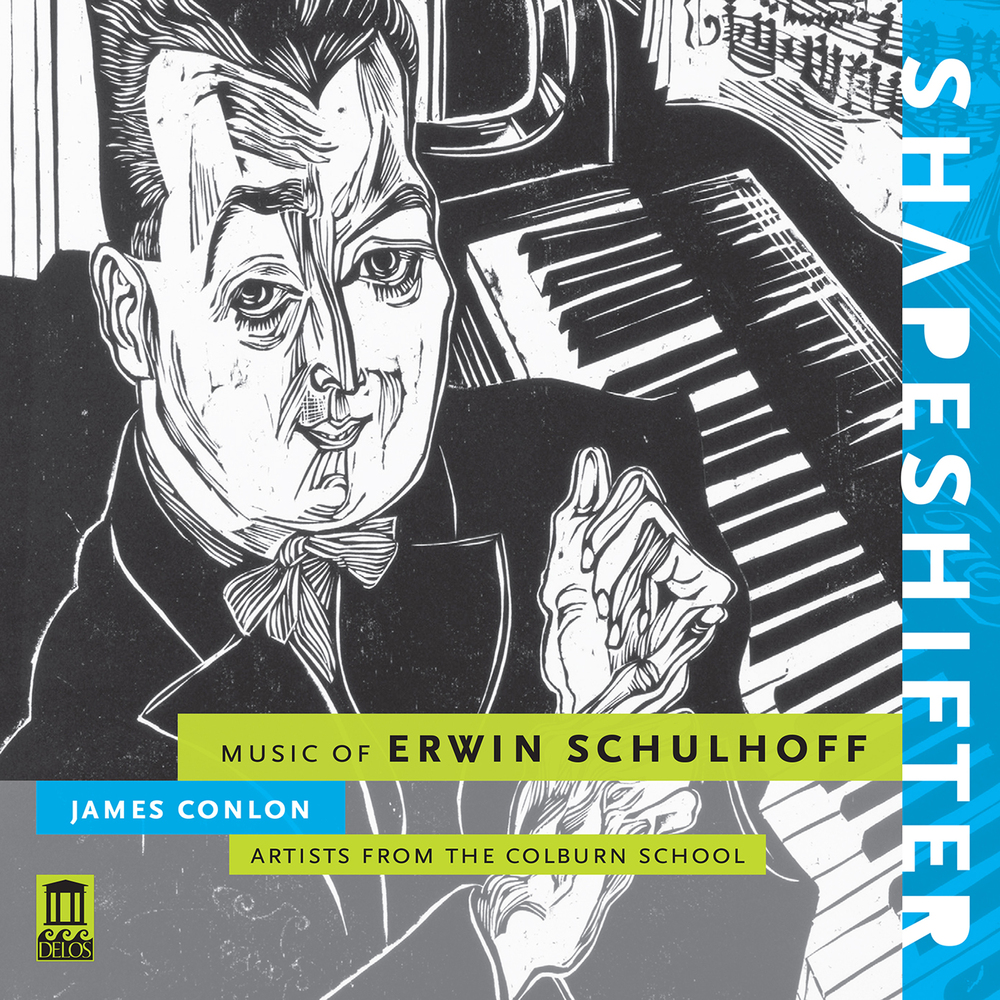 Available in 96 kHz / 24-bit AIFF, FLAC high resolution audio formats
The powerful and amazingly varied music of Czech composer Erwin Schulhoff, whose art was suppressed by the Nazi regime and who died in captivity in 1942, is given stirring performances by brilliant young players from the Colburn School, Los Angeles’ elite conservatory. James Conlon, world-renowned conductor and LA Opera music director, leads the RVC Ensemble in Schulhoff’s Piano Concerto, Op. 43, with Dominic Cheli as soloist. Four other pieces — all strong and unique —complete the album’s offerings, which span the years between 1923 and 1937; Cheli and violinist Adam Millstein are particularly outstanding contributors. While Schulhoff’s music has been gradually emerging from near-total obscurity in recent years, Shapeshifter is especially notable as the first album-length example of his works being taken up by American musicians of classical’s ascendant “next generation.” We at Delos hope the album sparks increased interest in Schulhoff among younger players and their audiences. The project is intimately connected to the Ziering-Conlon Initiative for Recovered Voices, which encourages greater awareness and more frequent performances of music by composers whose careers and lives were disrupted or ended during the years of the Nazi regime in Europe. The Recovered Voices initiative was established at the Colburn School in 2013
96 kHz / 24-bit PCM – Delos Studio Masters