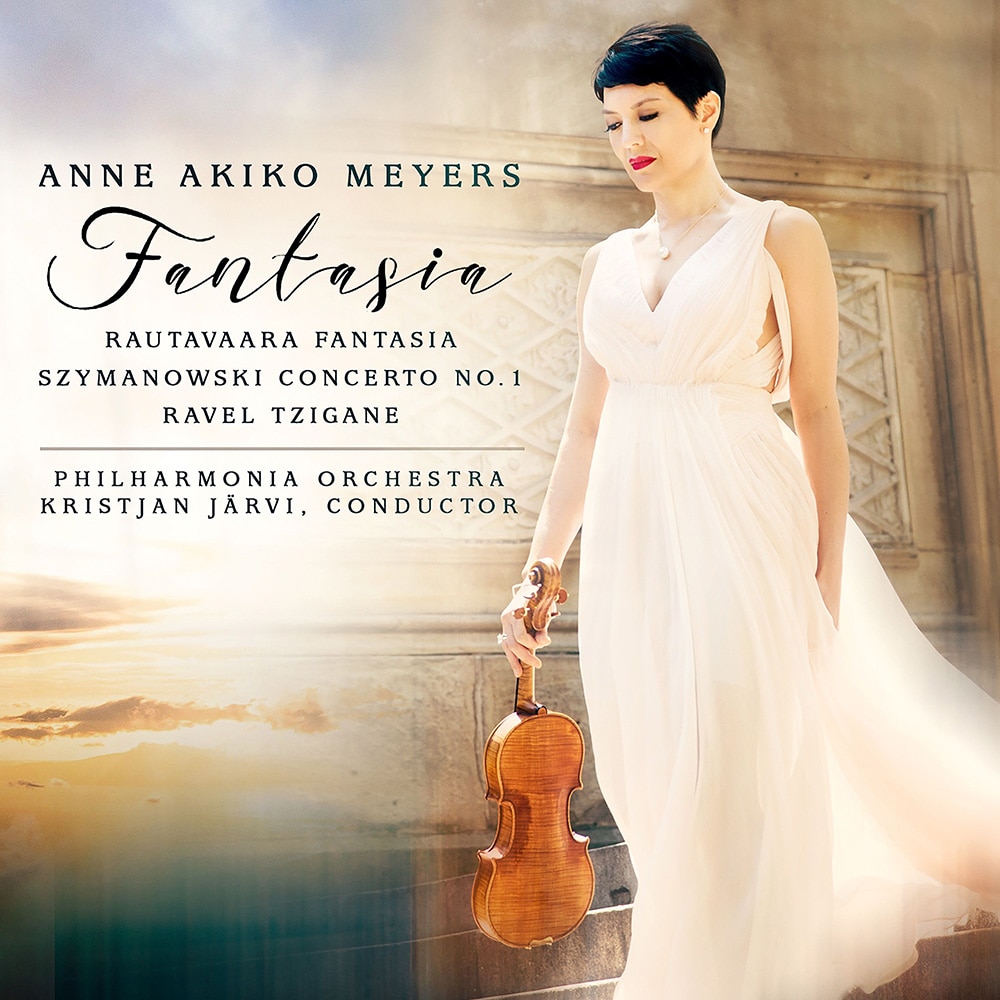 One of the world's top concert violinists, American Anne Akiko Meyers presents an engaging 20th- and 21st-century programme on her release Fantasia. Accompanied by the Philharmonia Orchestra and conductor Krstjian Järvi, the album takes its title from the opening work by the late Finnish composer Einojuhani Rautavaara, commissioned by Meyers and given its premiere recording here. Rautavaara's contemporary work is aptly paired with Szymanowski's unapologetically modern Violin Concerto No. 1 and Ravel's beloved Tzigane, making for a virtuosic feast exquisitely performed by Meyers.
96 kHz / 24-bit PCM – AVIE Records Studio Masters