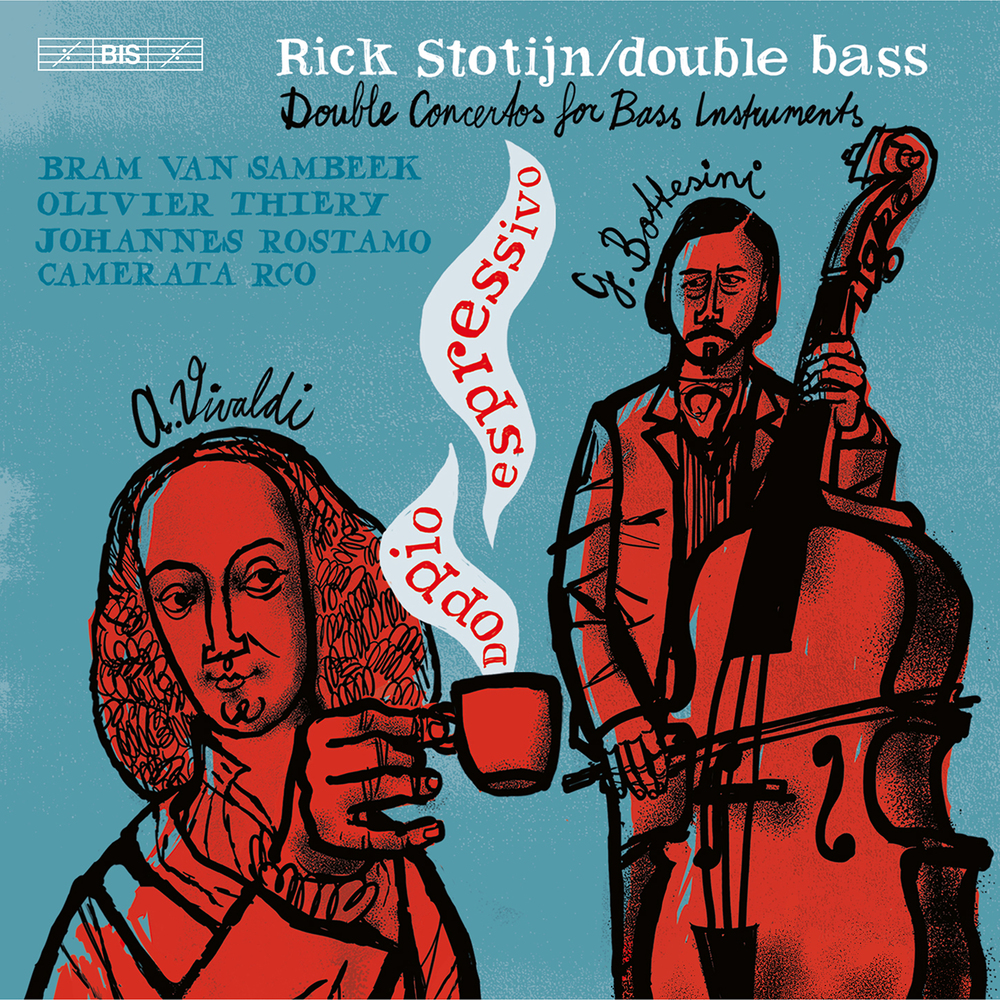 Available in 96 kHz / 24-bit AIFF, FLAC high resolution audio formats
The concerto, with its soloist thrilling and moving an audience with the support of an orchestra, has been one of the most popular musical forms for over 300 years. Now imagine a concerto for two instruments: twice the virtuosity and twice the expression! While Antonio Vivaldi was one of the first composers to investigate the possibilities of this format in his more than 500 concertos, he didn’t compose a single one for double bass. This recording rectifies Vivaldi’s omission and offers arrangements of two of his double concertos as well as one of his best-loved arias: Vedrò con mio diletto from the opera Il Giustino. A little more than century later, Giovanni Bottesini, the Paganini of the double bass, captivated first Europe and then the rest of the world, displaying a dazzling virtuosity in his numerous compositions that highlight the unique qualities of the instrument. For his second disc on the BIS label, Rick Stotijn, a tireless advocate of his instrument and its endless possibilities, has joined forces with his friends Johannes Rostamo, Olivier Thiery and Bram van Sambeek. Supported by Camerata RCO, a string ensemble from the Amsterdam Concertgebouworkest, they perform concertante works from these two Italian composers: Doppio espressivo!
96 kHz / 24-bit PCM – BIS Records Studio Masters