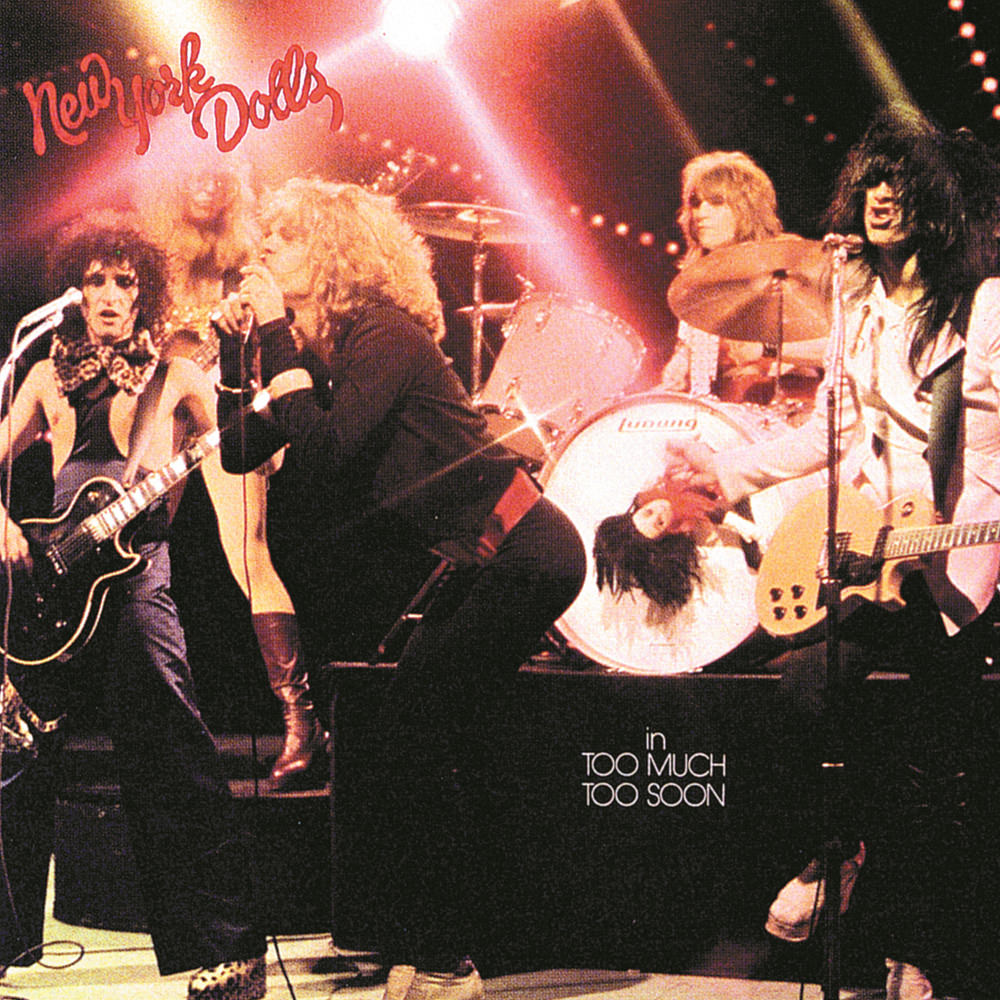 Too Much Too Soon

Available in 192 kHz / 24-bit, 96 kHz / 24-bit AIFF, FLAC high resolution audio formats
"... the real thing ... perhaps the best example of raw, thumb-your-nose-at-the-world, punk rock since Exile On Main St. ... (an) instant classic ..." - Los Angeles Times "It's deliciously raw despite all of its '50s doo-wop inclinations. Punk rock sought to destroy the classics, but the Dolls came to pay tribute ... a worthy addition to the Dolls legacy." - Punknews.org Too Much Too Soon, the second album from the New York Dolls came out in 1974 and was slightly more "commercial," at least by punk standards, than the band's debut. That's mainly due to producer Shadow Morton, who wrote and/or produced many of the big hits from 1960s girl group The Shangri-Las. Not only are the guitars cleaner on Too Much Too Soon, but the mix is dominated by waves of studio sound effects and female backing vocals.
192 kHz / 24-bit, 96 kHz / 24-bit PCM – Mercury Records Studio Masters