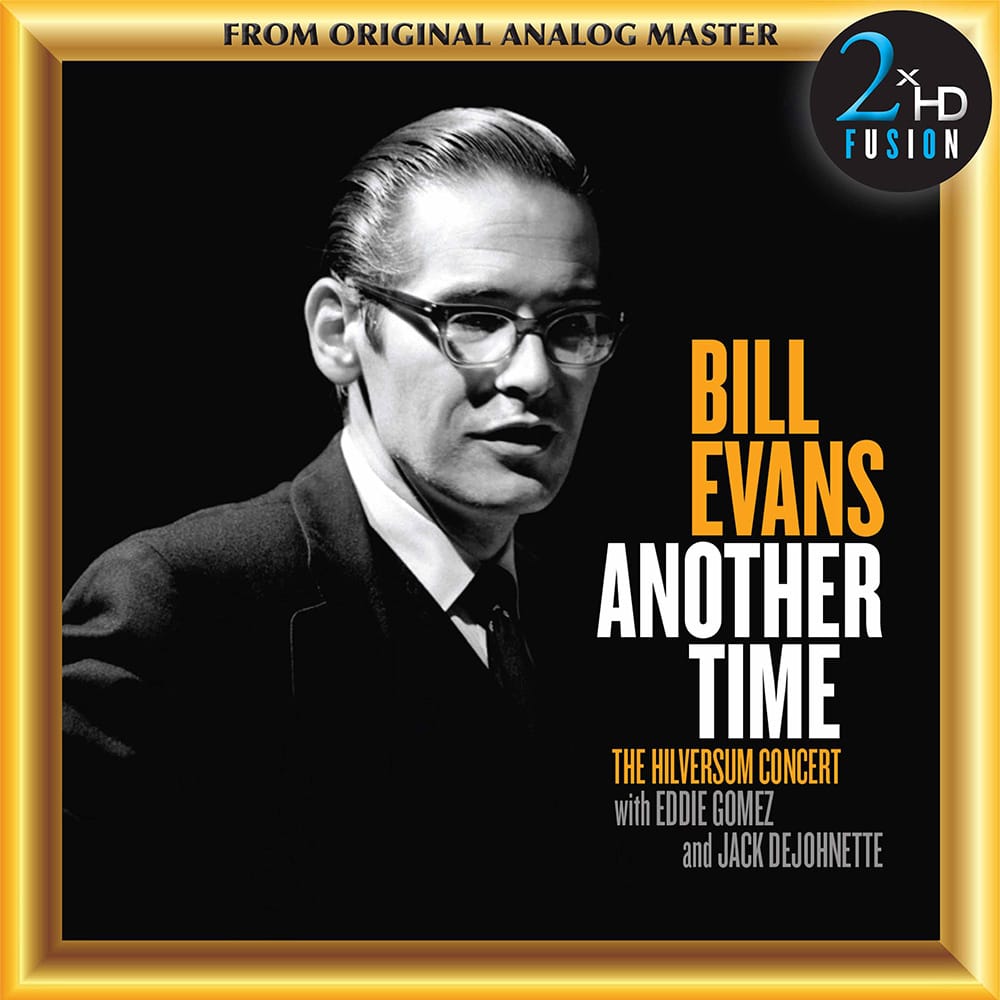 Another Time: The Hilversum Concert

Available in 192 kHz / 24-bit, 96 kHz / 24-bit AIFF, FLAC and 11.2896 MHz, 5.6448 MHz, 2.8224 MHz DSD high resolution audio formats
“[this recording] represents the best aspects of both a live and a studio recording... A special treat is the Bacharach-David Alfie which would become a regular feature for Evans and is brimming with brio and inventive wit here. DeJohnette provides almost subliminal cymbal and brush work and Gomez sits out or plays sparingly, giving the leader plenty of breathing space to spill brightly chiming notes and sequences.” - Andrew Cartmel, London Jazz News “Another Time is another gem of a find and a delight for committed and casual listeners alike... Evans remains sophisticated and beautifully melodic as always, spinning his trademark chordings right from the first weaving harmonics of ‘You're Gonna Hear from Me.’” - Geno Thackara, All About Jazz Another Time: The Hilversum Concert is another spectacularly rare find from Resonance Records, a previously unreleased recording from the 1968 Bill Evans Trio with pianist Evans, bassist Eddie Gomez and drummer Jack DeJohnette. Recorded in Hilversum, the Netherlands, the trio expertly weave their way through standards such as Embraceable You and You're Gonna Hear from Me before a live audience. “one of the best-sounding of all Bill Evans’s live albums.” - Zev Feldman, producer
192 kHz / 24-bit, 96 kHz / 24-bit PCM and 11.2896 MHz, 5.6448 MHz, 2.8224 MHz DSD – 2xHD Studio Masters