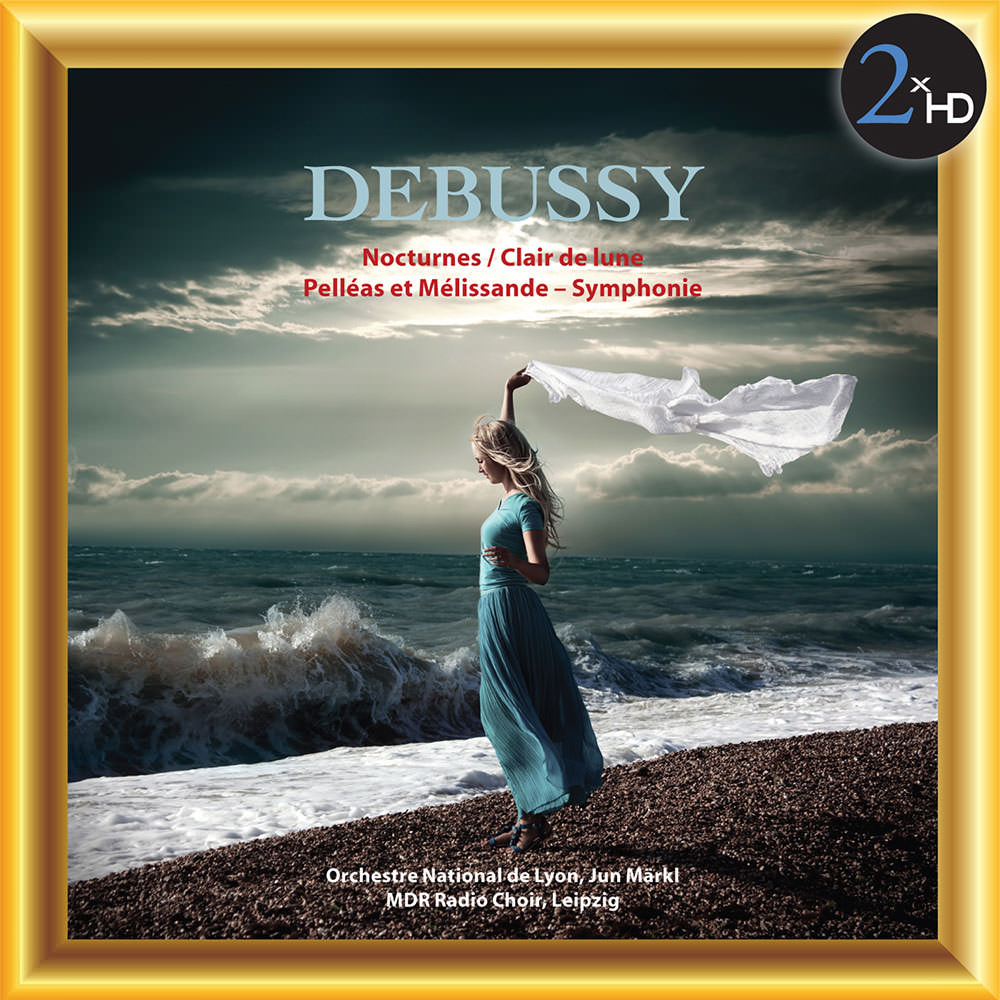 Available in 44.1 kHz / 24-bit AIFF, FLAC audio formats
"... an intriguing mixture ... Märkl's performance is warm and idiomatic ... a richly satisfying collection, immaculately recorded, with its full measure of rarities." - Gramophone "Everything here is expertly and sensitively played and very well recorded. Don’t hesitate if you find this repertoire tempting." - American Record Guide "I have no reservations about this disk. It’s well worth having and the Pelléas et Mélisande Symphonie should be heard by all lovers of this endlessly fascinating composer." - MusicWeb International Released in 2008, this is the second volume of Debussy's orchestral works recorded by June Märkl and the Lyon National Orchestra. The Pelléas et Mélisande Symphony was derived by Marius Constant from the orchestral episodes of Debussy’s famous opera, while the Trois Études are heard in a revealing orchestration of the piano originals by contemporary Swiss composer Michael Jarrell.
44.1 kHz / 24-bit PCM – 2xHD Studio Masters