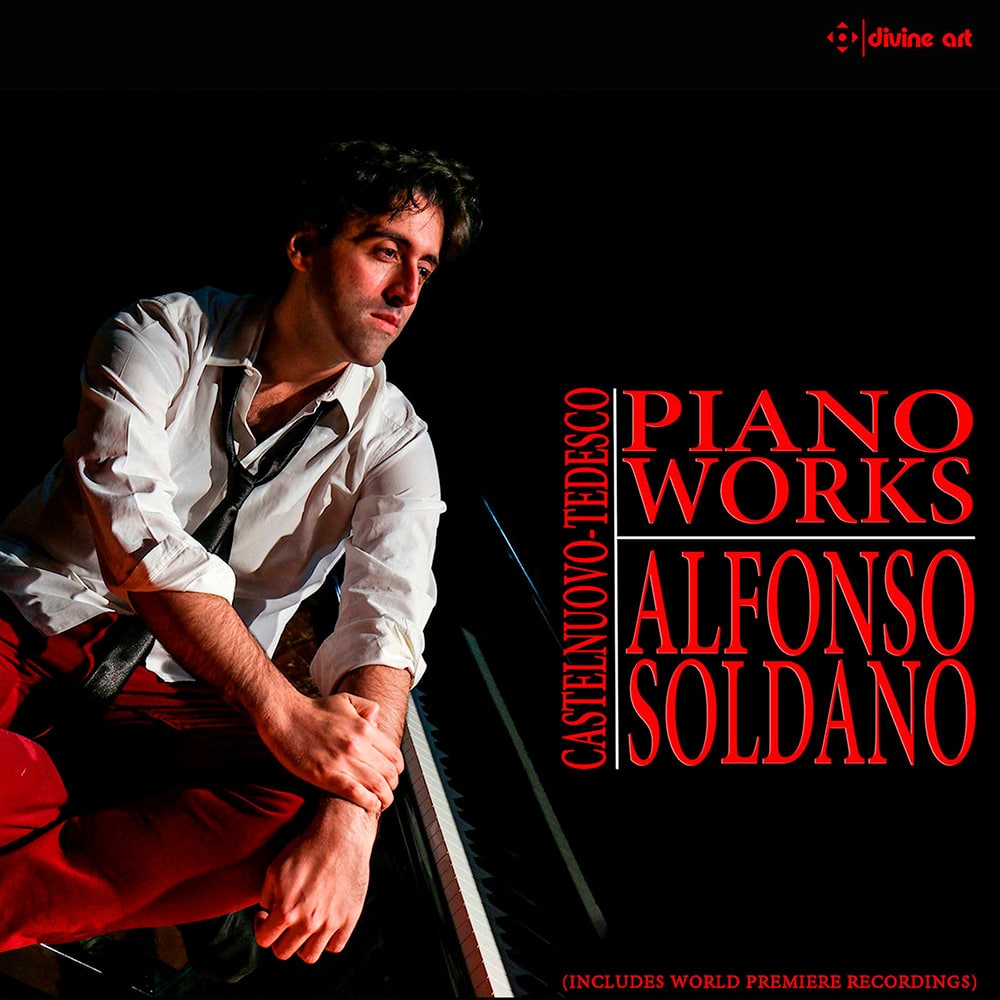 Italian pianist Alfonso Soldano presents solo piano works by his 20th-century compatriot Mario Castelnuovo-Tedesco. Primarily known for his guitar compositions and his Hollywood film scores, Castelnuovo-Tedesco also composed a rich body of piano pieces primarily in a lyrical and lush vein, though there are hints of harmonically adventurous modernism as can be heard in the charming Sonatina zoologica, whose movements are named after small creatures. Soldano performs all of these works, some of which are world premiere recordings, with virtuosity and an admirable intensity.
48 kHz / 24-bit PCM – Divine Art Studio Masters