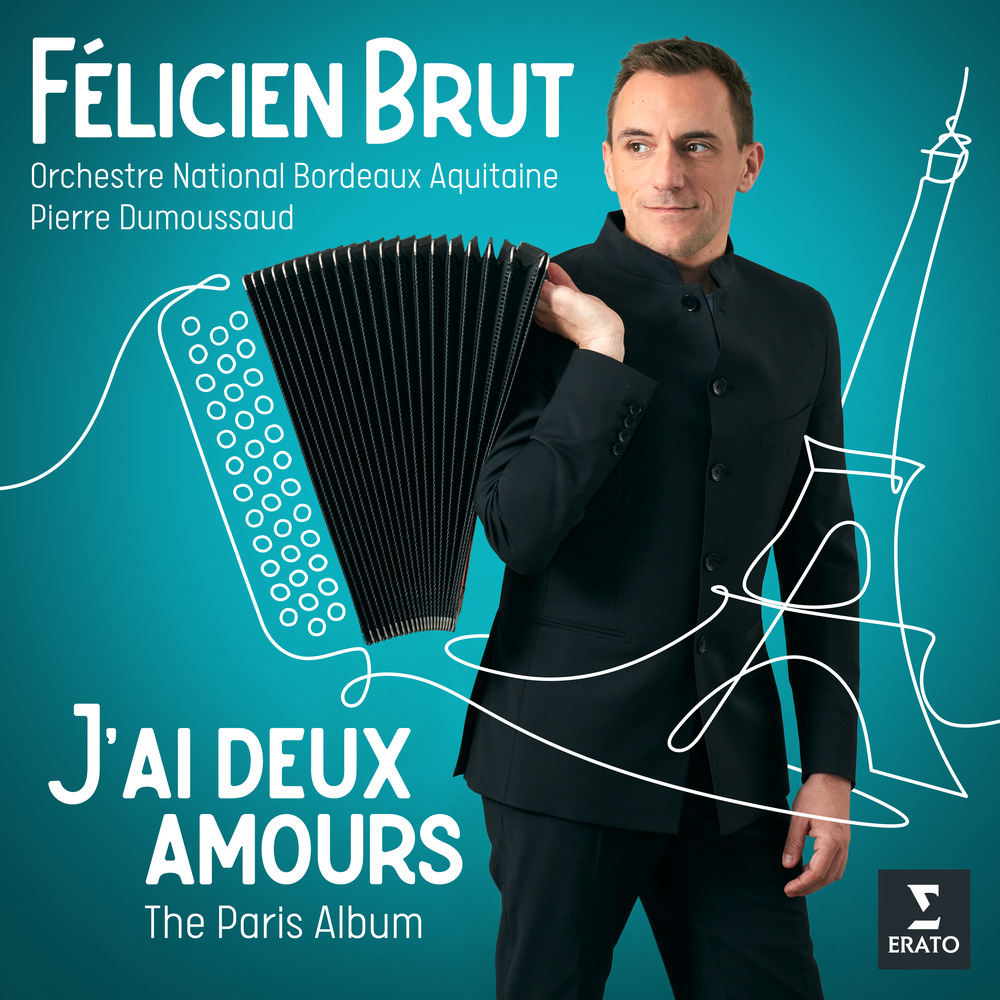 Available in MQA and 96 kHz / 24-bit AIFF, FLAC high resolution audio formats
Félicien Brut has two loves: his accordion and the city of Paris. The title track of his first Erato album is a song made famous in the 1930s by the trailblazing American singer Josephine Baker, an adoptive Parisienne. J’ai deux amours places Brut’s accordion in a variety of musical contexts as its 17 tracks take the listener on a stroll around Paris. J’ai deux amours combines popular song, classical repertoire and new works by Fabien Waksman, Karol Beffa and Thibault Perrine. Exploring Paris with Félicien Brut are the Orchestre National Bordeaux Aquitaine, conductor Pierre Dumoussaud, and six guest artists: soprano Julie Fuchs; cellist Edgar Moreau; guitarist Thibaut Garcia; double bassist Edouard Macarez; pianist Adam Laloum, and actor Vincent Dedienne. “I originally chose the accordion so that I could play popular music. It was only in my teens that I discovered a whole other world: the world of so-called classical or ‘serious’ music …. My belief is that music, whether classical or popular, has the power to touch people, to make them smile, to revive memories.” - Félicien Brut
96 kHz / 24-bit PCM – Warner Classics Studio Masters