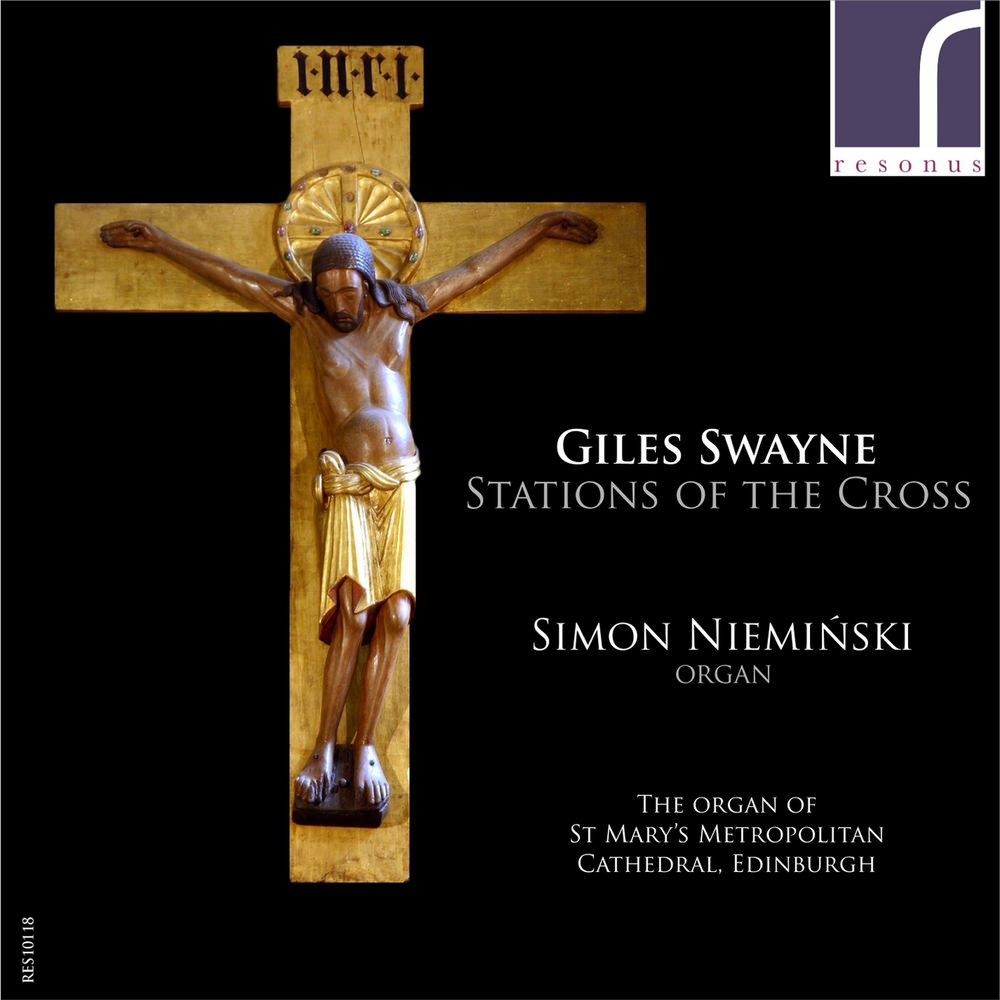 Giles Swayne: Stations of the Cross

Available in 96 kHz / 24-bit AIFF, FLAC high resolution audio formats
"... Niemiński is as dynamic an advocate as could be hoped for in music that requires the player to convey a narrative of emotional and technical complexity and his use of the organ is well judged ... the organ in St Mary's has been faithfully recorded, sounding punchy and articulate." - International Record Review This world premiere recording of Giles Swayne's epic organ work Stations of the Cross from Edinburgh-based organist Simon Niemiński was recorded on the 2007 Matthew Copley organ at St Mary's Metropolitan Cathedral in Edinburgh, where Niemiński is the resident organist. This extensive solo work, released in 2013, is at the pinnacle of virtuosic organ repertoire, with each of the 14 movements representing an episode in the story of the Passion of Christ.
96 kHz / 24-bit PCM – Resonus Classics Studio Masters