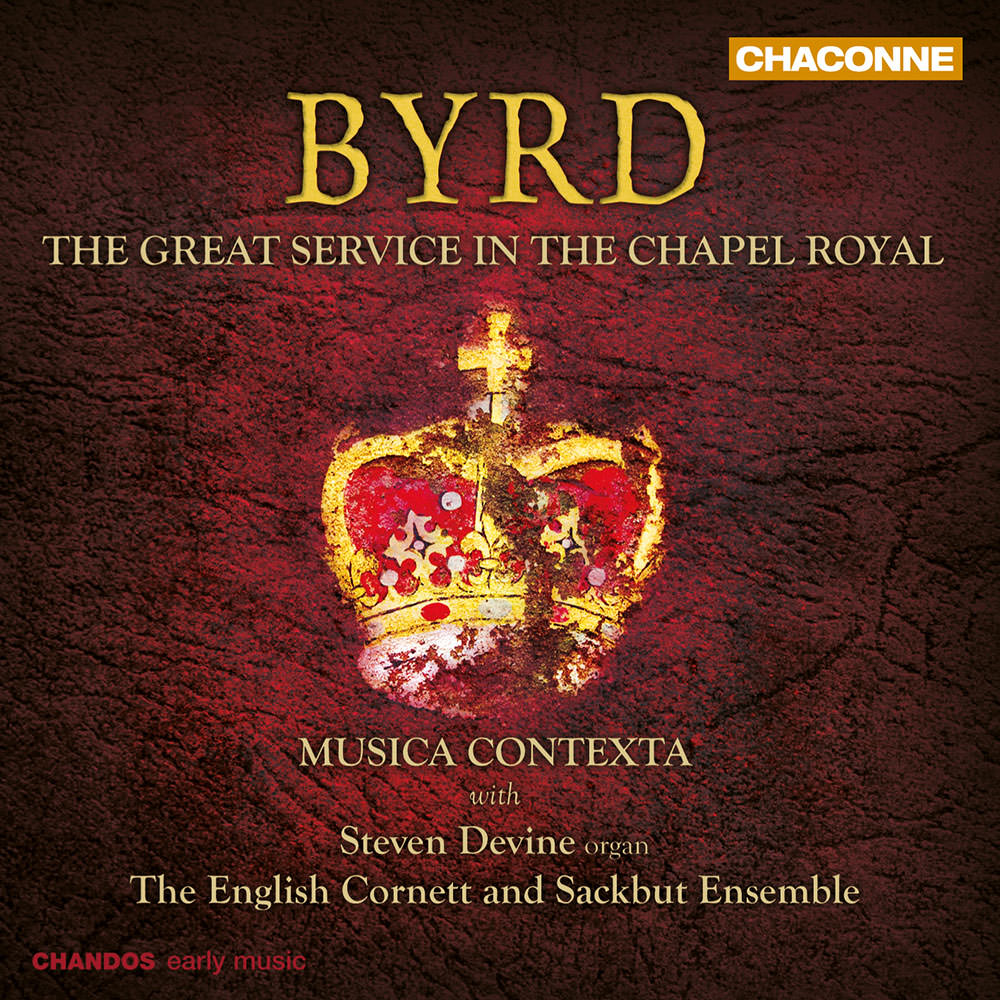 Byrd: The Great Service in the Chapel Royal

“... has brought the sacred music of William Byrd to a new generation of listeners...”
- Gramophone

“... a first-class recording of a familiar masterpiece in a refreshed guise, underpinned by honest, open-minded scholarship and realized with creative flair ... a resounding success.”
- International Record Review

Musica Contexta is joined on this recording by The English Cornett and Sackbut Ensemble and harpsichordist Steven Devine, performing music William Byrd composed for the Anglican Church. He wrote this grand-scale work for two five-part choirs which, for added contrast, would sing their respective parts facing each other from either side of the church. The size of the choir was used not so much for volume or declamatory effect but to create an extraordinarily rich variety of vocal textures and sonorities.
96 kHz / 24-bit PCM – Chandos Studio Masters