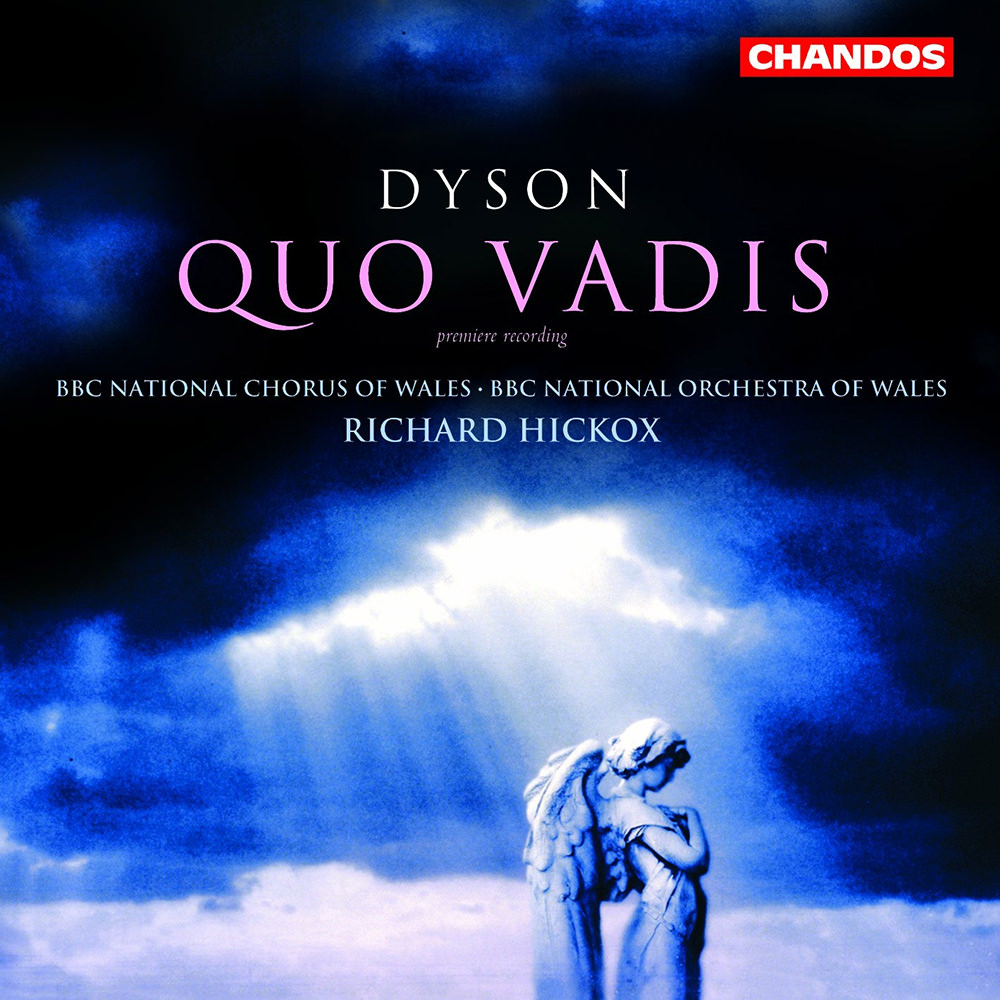 Available in 96 kHz / 24-bit AIFF, FLAC high resolution audio formats
"Recording of the Month ... a performance close to the ideal." - MusicWeb International "The performance does Dyson proud: Hickox is rather good at this kind of thing ... Chandos has given them good sound ... enthusiastically recommended." - Fanfare "... Hickox is authoritative and alive to every dramatic and lyrical nuance, leading his superb forces and soloists in a resoundingly affirmative performance that has all the hallmarks of a new classic." - Classic FM "It's hard to imagine Quo Vadis getting a better performance than it receives here ... the four soloists share a directness of approach that aptly serves Dyson's metaphysical rhetoric: elevated but not pretentious ... Hickox surely deserves credit for this, as he does for beautifully balanced choral work and the lustrous orchestral playing ... captured by Chandos in sound that's astonishingly spacious and detailed." - Opera News Released in 2003, this acclaimed double album contains the world premiere recording of the complete version of Dyson's Quo Vadis, showcasing a superb cast of soloists and musicians led by Richard Hickox.
96 kHz / 24-bit PCM – Chandos Studio Masters