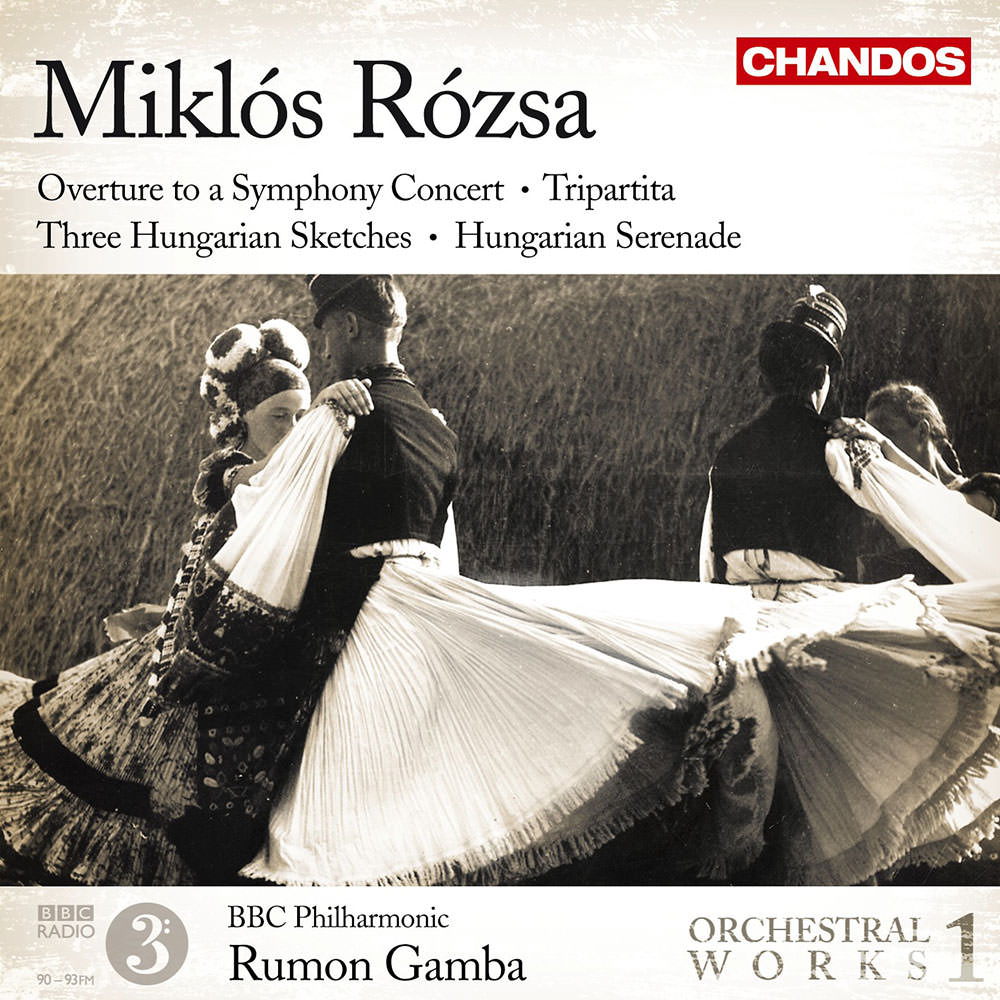 Available in 96 kHz / 24-bit AIFF, FLAC high resolution audio formats
"Excellent performances and superlative sound make this a most enjoyable overture to what should prove to be a most worthwhile enterprise." - Gramophone "... exciting and accessible music ... vibrant with local colour and melody. Rumon Gamba and the BBC Philharmonic play these scores with brilliance and the Chandos sound is quite superlative." - The Penguin Guide to Recorded Classical Music Miklós Rózsa is most famous for his scores for Hollywood films such as Ben Hur and El Cid, but he spent summers at his Italian retreat writing concert music. On this first volume in a series, launched in 2008, Rumon Gamba and the BBC Philharmonic explore four of these orchestral works, all influenced in some way by the composer's Hungarian roots. "... I thought it would be interesting to look at a very well known film composer and profile his concert works, which have perhaps been overshadowed by his big screen successes. The orchestral music of Miklós Rózsa is extremely exciting, passionate and intoxicating and deserves to be better known." - Rumon Gamba
96 kHz / 24-bit PCM – Chandos Studio Masters