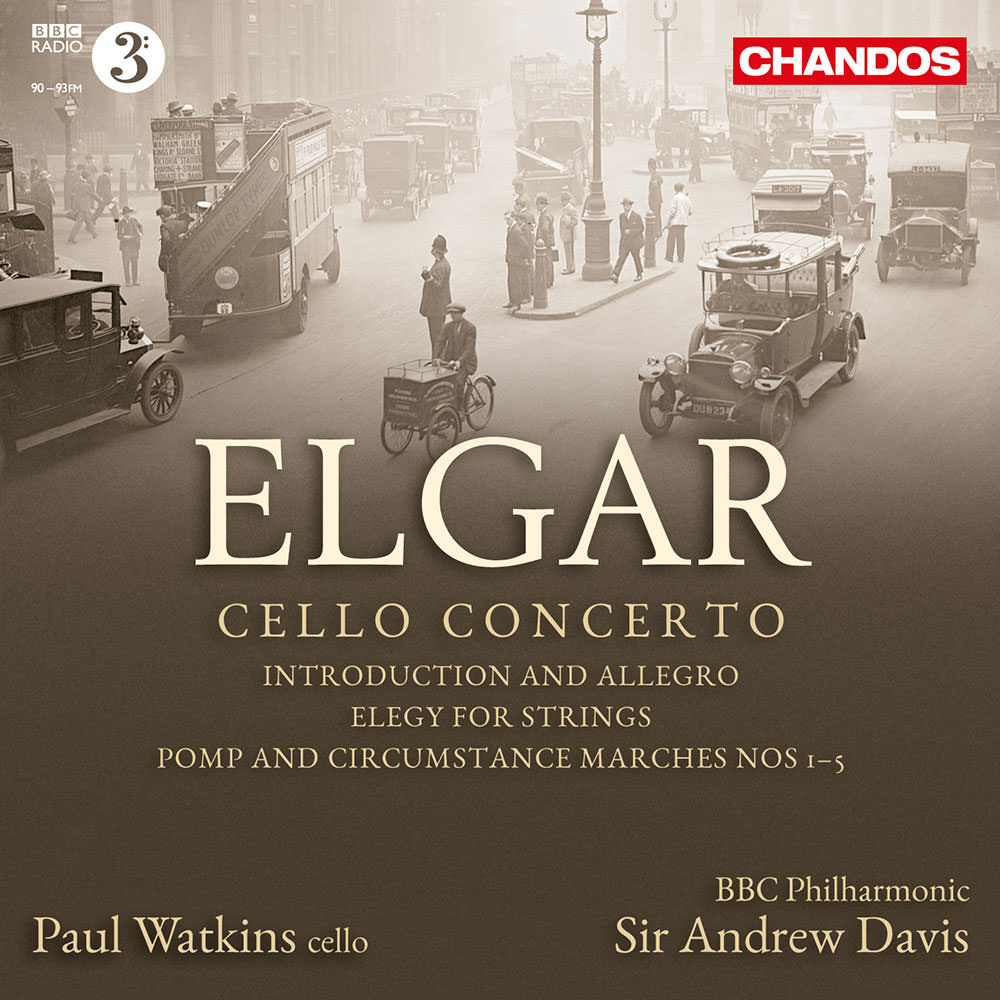 Available in 96 kHz / 24-bit AIFF, FLAC high resolution audio formats
"... the BBC Philharmonic sound as if they are enjoying themselves and there is a vibrant sense of collective positivity in the whole programme ... with stunning recorded sound, what more could one ask." - MusicWeb International "Five Stars ... there are times when a recording of a popular classic comes along that’s so fresh, understanding and heartfelt that it demands to be approached solely on its own terms. Paul Watkins’s Elgar Cello Concerto is firmly in that class. Recorded sound is beautiful: atmospheric, clear and finely balanced." - BBC Music Magazine "Five Stars ... Watkins' account (of the Cello Concerto) seems the best to have appeared on disc for years. It has intensity, presence and warmth, which never topples over into sentimentality ... Davis and the BBC Philharmonic accompany with panache; the exchanges in the scherzo are wonderfully deft. The rest of disc is equally fine." - The Guardian "Editor's Choice ... Watkins plays with consummate artistry, his golden-toned and technically flawless contribution striking a judicious balance between classical poise and unexaggerated depth of feeling ... durable rewards guaranteed ... dashingly articulate, meticulously observant and (superb) musical handling ... for the two main offerings alone every Elgarian should investigate this release." - Gramophone Paul Watkins is the cello soloist on a recording that includes some of Elgar’s most popular music, incomparably performed by the BBC Philharmonic Orchestra under Sir Andrew Davis. A violinist himself, Elgar wrote for the strings of the orchestra with a special understanding and flair, particularly in a handful of compositions for strings alone. The showpiece among these is the Introduction and Allegro, featured on this programme alongside the iconic titular cello concerto, Elgar's last major work. Its mood is often described as autumnal and highly reflective of the ageing composer’s own state of mind. "I prepared for this recording by using my experience as a conductor: in other words, to study Elgar’s masterful score as deeply as possible and to realize how intimately the solo cello is linked to the orchestra throughout. In this respect I feel fortunate to have been working with Sir Andrew Davis. He is the most natural and intelligent interpreter of Elgar I know." - Paul Watkins
96 kHz / 24-bit PCM – Chandos Studio Masters