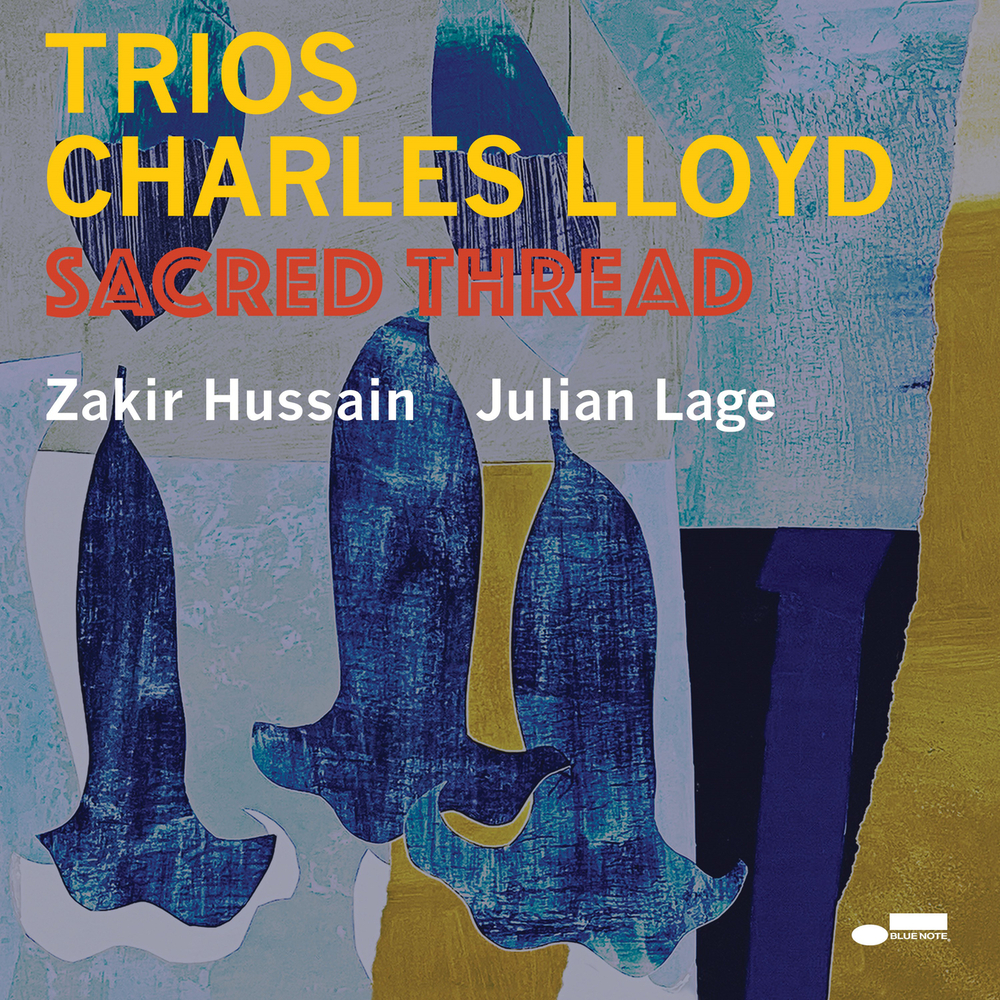 Available in 96 kHz / 24-bit AIFF, FLAC high resolution audio formats
Charles Lloyd releases Trios: Sacred Thread, the third and final album in his Trio of Trios series, an expansive project that presents the legendary saxophonist and NEA Jazz Master in three different trio settings. Trios: Sacred Thread, which features Lloyd with guitarist Julian Lage and percussionist Zakir Hussain, was heralded by the spellbinding single “Desolation Sound.” The first album in the series, Trios: Chapel, featured guitarist Bill Frisell and bassist Thomas Morgan. The second, Trios: Ocean, featured pianist Gerald Clayton and guitarist Anthony Wilson. Lloyd has long been a free spirit, master musician, and visionary. For more than 6 decades the legendary saxophonist and composer has loomed large over the music world, and at 84 years old he remains at the height of his powers and as prolific as ever. Early on Lloyd saw how placing the improvised solo in interesting and original contexts could provoke greater freedom of expression and inspire creativity, and throughout his remarkable career he has searched for alternative ways to frame his improvisational skills. Past experiences often illuminate the present in Lloyd’ music, for example, the provenance of The Sacred Thread — and the encounters that helped inform it — originated in the late fifties: “When I was studying at the University of Southern California, Ravi Shankar and Alla Rakha used to come around,” he recalls. “That’s when I heard the call of Mother India — not only the music, but poets like Tagore and the saints such as Milarepa. Later, I found my way to Ramakrishna and Vedanta. I was also deeply moved by Ali Akbar Khan, the sarod player. His sons Ashish and Pranesh are on my album, Geeta.” Released in 1973, it was described by Billboard as, “Indian music blending cogently with free flowing modern jazz.”
96 kHz / 24-bit PCM – Blue Note Records Studio Masters