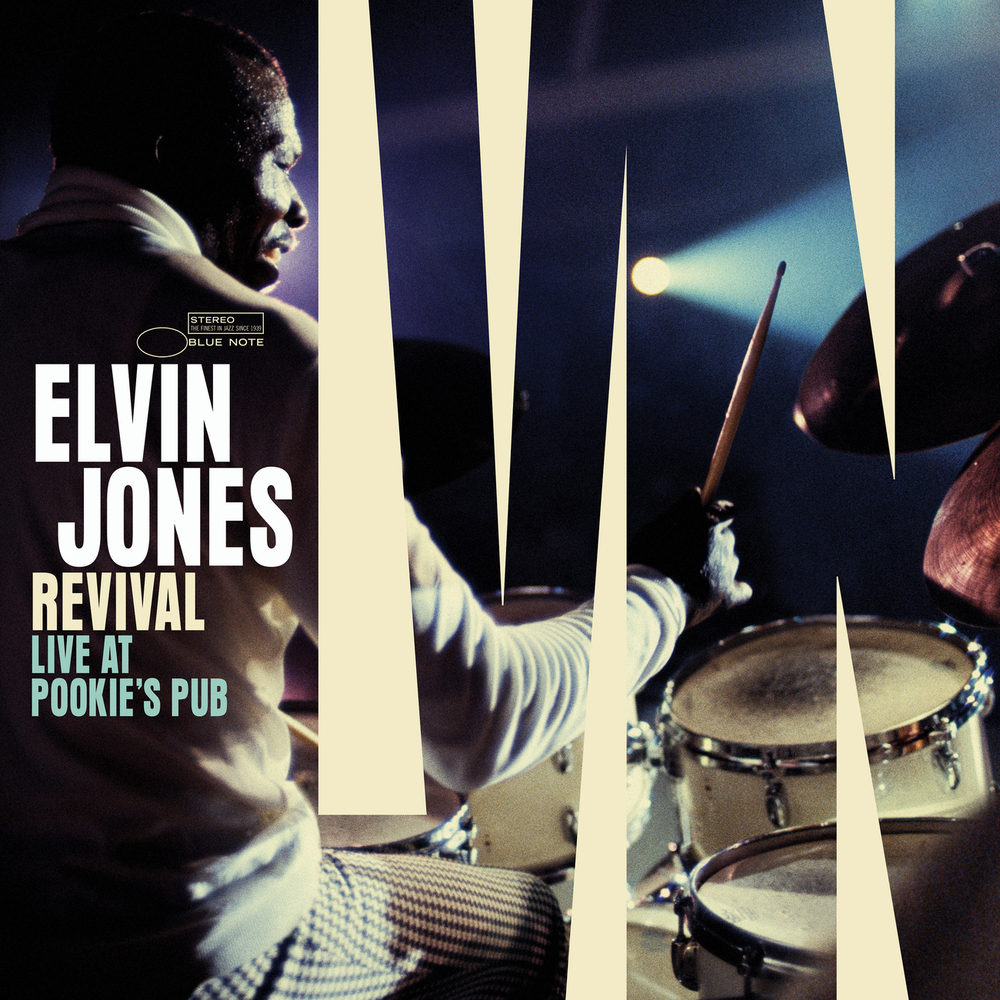 Available in 44.1 kHz / 24-bit AIFF, FLAC audio formats
Blue Note Records has released Revival: Live at Pookie's Pub, a thrilling previously unissued live recording of Elvin Jones’ quartet that captures the legendary drummer’s emergence as a bandleader at a little-known club in New York City where he had a weekly residency after leaving John Coltrane's band in 1966. Featuring Joe Farrell on tenor saxophone, Billy Greene on piano, and Wilbur Little on bass, Revival was recorded between July 28-30, 1967, just two weeks after Coltrane died on July 17. The album finds the band stretching out on expansive versions of standards and bandmember originals. "There's a distinct sense of time and space in other sonic details, like Pookie's room-sound and the applause from an enthusiastic, if limited, number of patrons. Elvin's audible vocalizations‚ grunting the structure of the tune, as well as the laughter between the musicians and candid stage chatter." - Ashley Kahn (Co-producer)
44.1 kHz / 24-bit PCM – Blue Note Records Studio Masters