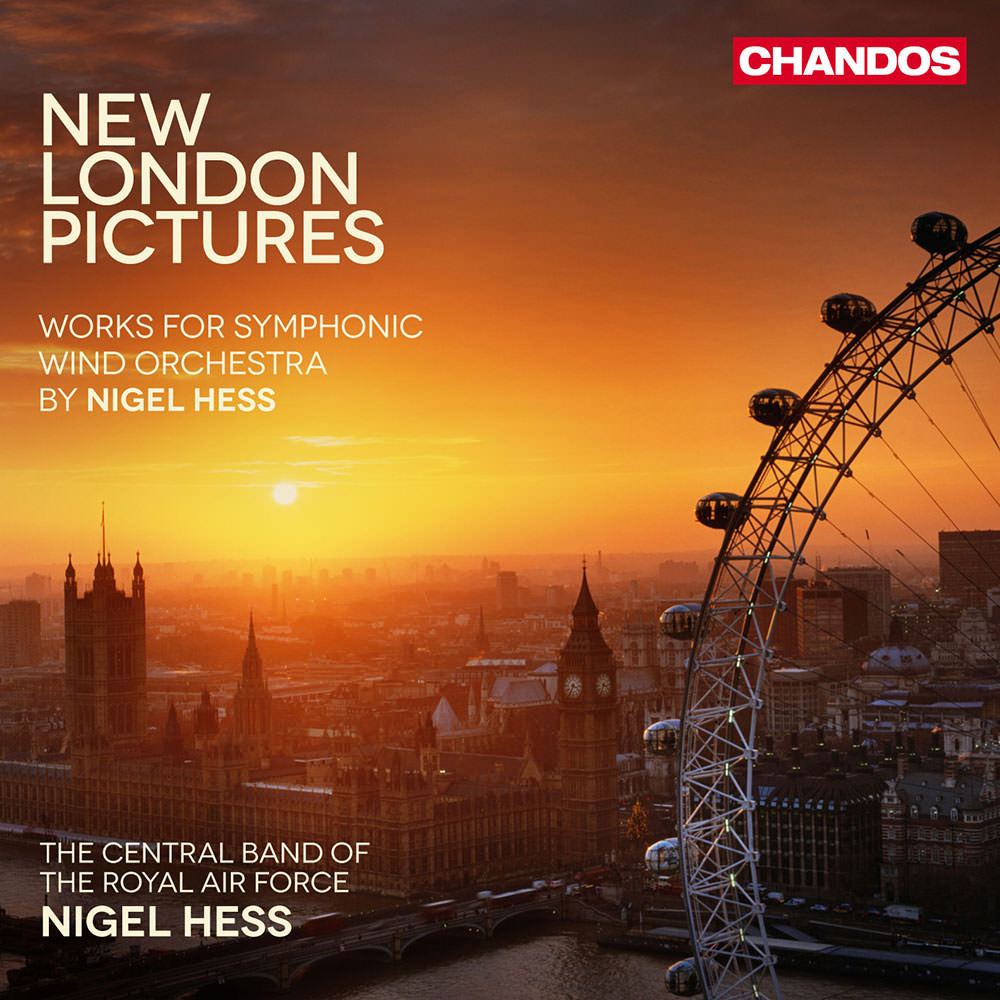 The Central Band of the Royal Air Force, Nigel Hess

Available in 96 kHz / 24-bit AIFF, FLAC high resolution audio formats
"CD of the Month ... listeners are constantly drawn into sinuously crafted lines supplemented by a rich, full approach to brass-wind orchestration and an arresting use of percussion, which in combination with a variety of extramusical subject matter makes for a truly cinematic experience ..." - Brass Band World "There is no doubting the impressive recording here, nor the enthusiastic and expert playing ... it would not be surprising if this disc found its way into demonstration showrooms. The sound is fabulous ... great fun all round, with all the music performed with real affection, plus a sonic spectacular. What more could you ask?" - Fanfare "The playing of this wholly joyous music is superb, from first note to last. Lovers of first-class light music should buy this disc without hesitation; arrangers could profitably listen to the expert handling of this particular medium. The disc as a whole is a treasurable calling card from some of the UK’s finest wind players and upright citizens. Recommended without reservation." - International Record Review British composer Nigel Hess, best known for his soundtracks, conducts his own works on this 2013 release showcasing the Central Band of the RAF. One of the premier military bands in the UK, the ensemble represents the Royal Air Force at every major military event and has appeared at all of the principal concert venues in Britain.
96 kHz / 24-bit PCM – Chandos Studio Masters