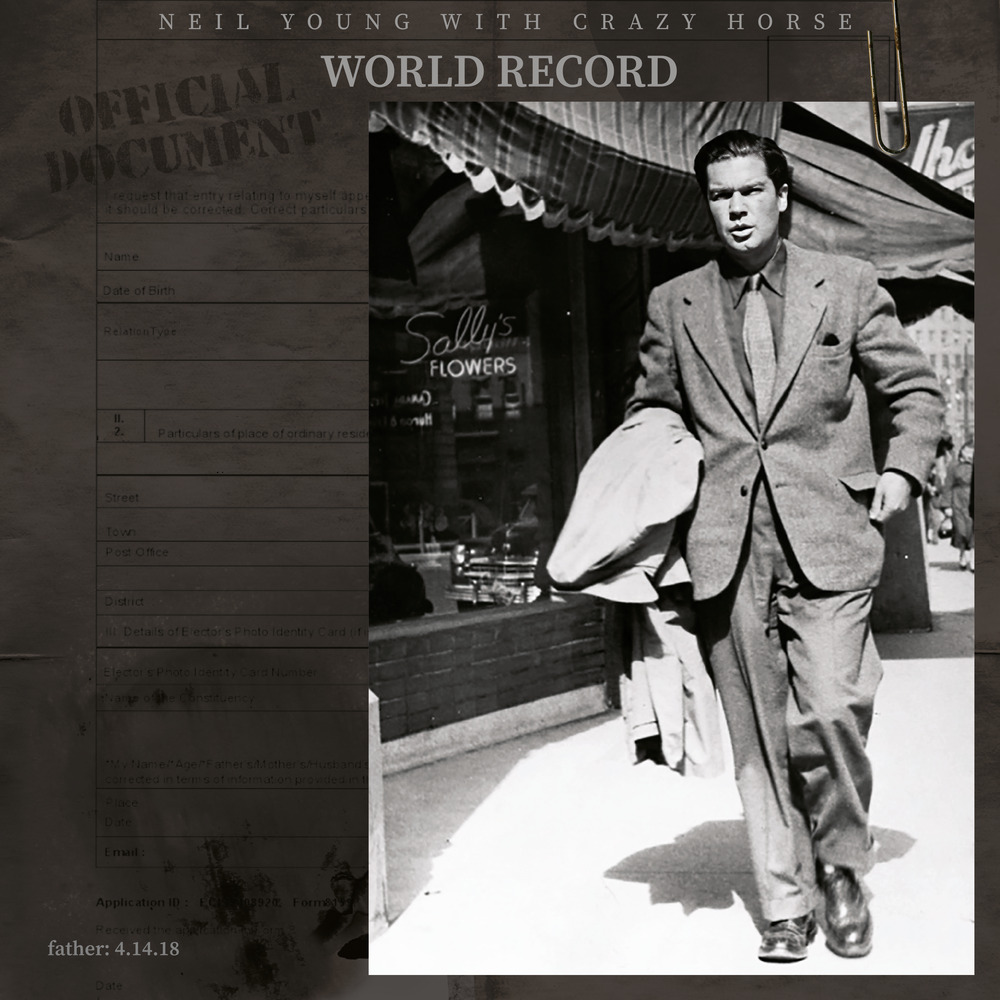 Available in MQA and 192 kHz / 24-bit, 96 kHz / 24-bit AIFF, FLAC high resolution audio formats
Neil Young releases his second album of new studio recordings within the past 12 months, World Record. The album is produced by Rick Rubin and Neil Young, and Neil is accompanied by his longtime band, Crazy Horse (Billy Talbot, Ralph Molina, Nils Lofgren). It features 10 new Neil Young compositions. As Young himself said in a message on the Times-Contrarian during the making of World Record: “Real magic lasts and we think we have it.” Recorded live to capture the Horse’s long-running spirit, the album was mixed to analog tape at Shangri-La Studio.
192 kHz / 24-bit, 96 kHz / 24-bit PCM – Reprise Studio Masters