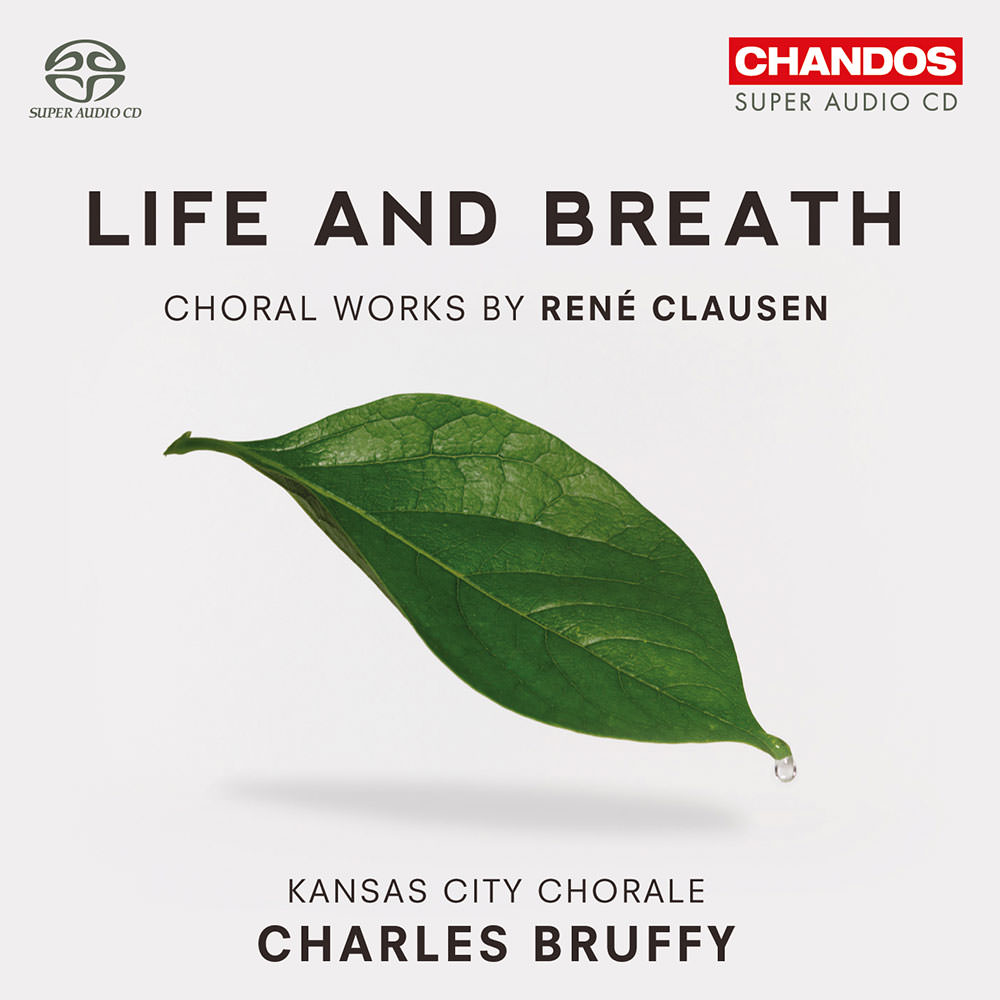 "Five Stars ... this well-selected collection highlights (René Clausen's) career from early to more recent ... Bruffy’s forces are in top notch condition ... (recording captures) the ambience at Our Lady of Sorrows Church in Kansas City ... a record to cherish."
- Audiophile Audition

"Tuning is impeccable and blend is faultless. Diction is clear and tone varies easily by mood, though projection is slightly restrained, as is Bruff’s way. The sound and artistry are exemplary. Many a soprano section I’ve heard on disc lately could take a lesson from this choir’s superb singers on how to negotiate leaping high notes. Chandos engineers have provided just enough distance and resonance to support blend while maintaining clarity ... to anyone who enjoys beautifully crafted, thought-provoking but accessible choral music, this release is most highly recommended."
- Fanfare

The Kansas City Chorale and Charles Bruffy celebrate the choral music of René Clausen on this triple Grammy-winning album which features Set me as a seal, arguably Clausen’s best known work, long popular at weddings, funerals and in the concert repertoire. Clausen has described the piece as "various kinds of discussions between God and humans, both from the human aspect and from the God aspect, so a lot of variations ... of love, of disappointment, of anxiety, of doubt." Another highlight is Clausen's first Mass, the Mass for Double Choir, commissioned by the Kansas City and Phoenix Chorales. Emotions ebb and flow kaleidoscopically, from the strength of the unison writing at the opening to the sorrowful falling lines of the crucifixion of Christ and the bubbling, dancing figures for the resurrection.
96 kHz / 24-bit PCM – Chandos Studio Masters