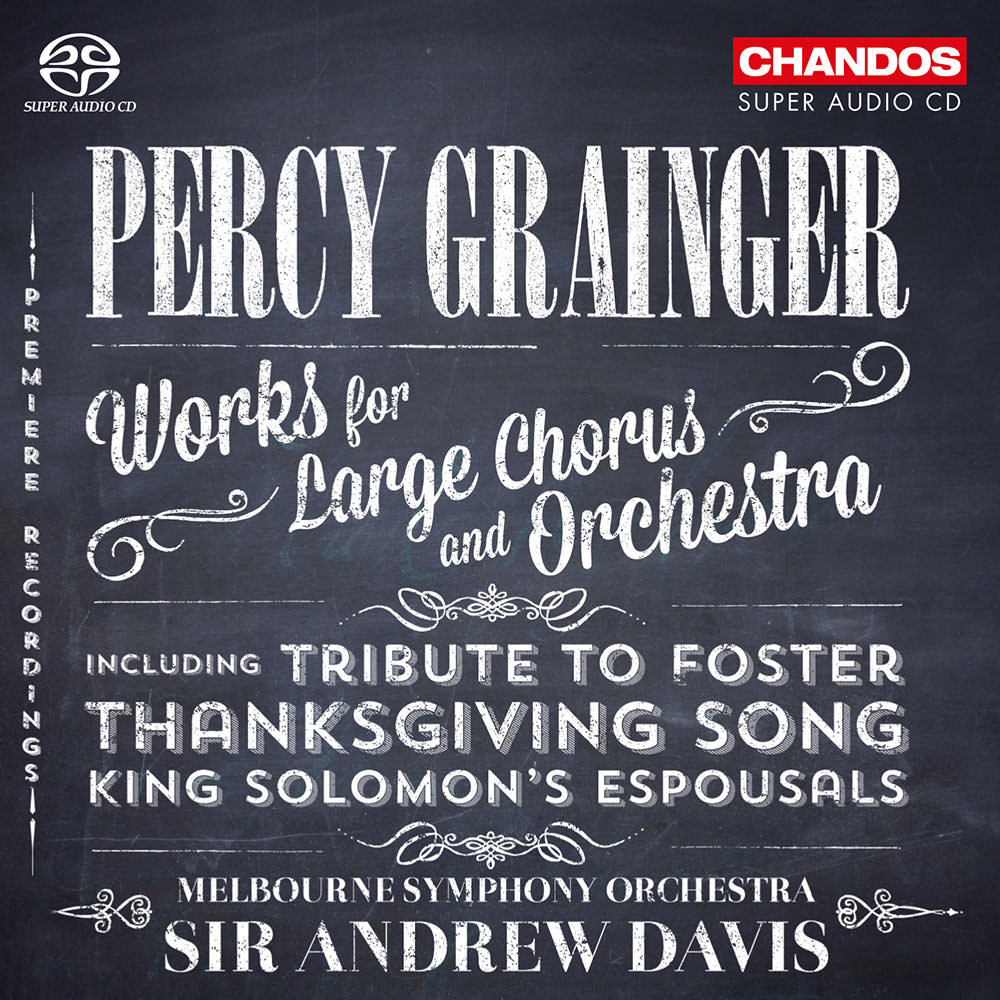 “... performances throughout are exemplary ... they have been accorded sound of splendiferous realism and at time almost startling physical impact ...”
- Gramophone

This recording complements the mammoth Chandos project, dating back over 20 years, devoted to the music of Percy Grainger. The Melbourne Symphony Orchestra and Chorus are joined by the Sydney Chamber Choir under Sir Andrew Davis in works requiring large choral forces. Perhaps the best known of them is the Tribute to Foster, a musical extravaganza that uses the theme and words from Stephen Foster’s Camptown Races which Grainger remembered his mother singing to him when he was a child.
96 kHz / 24-bit PCM – Chandos Studio Masters