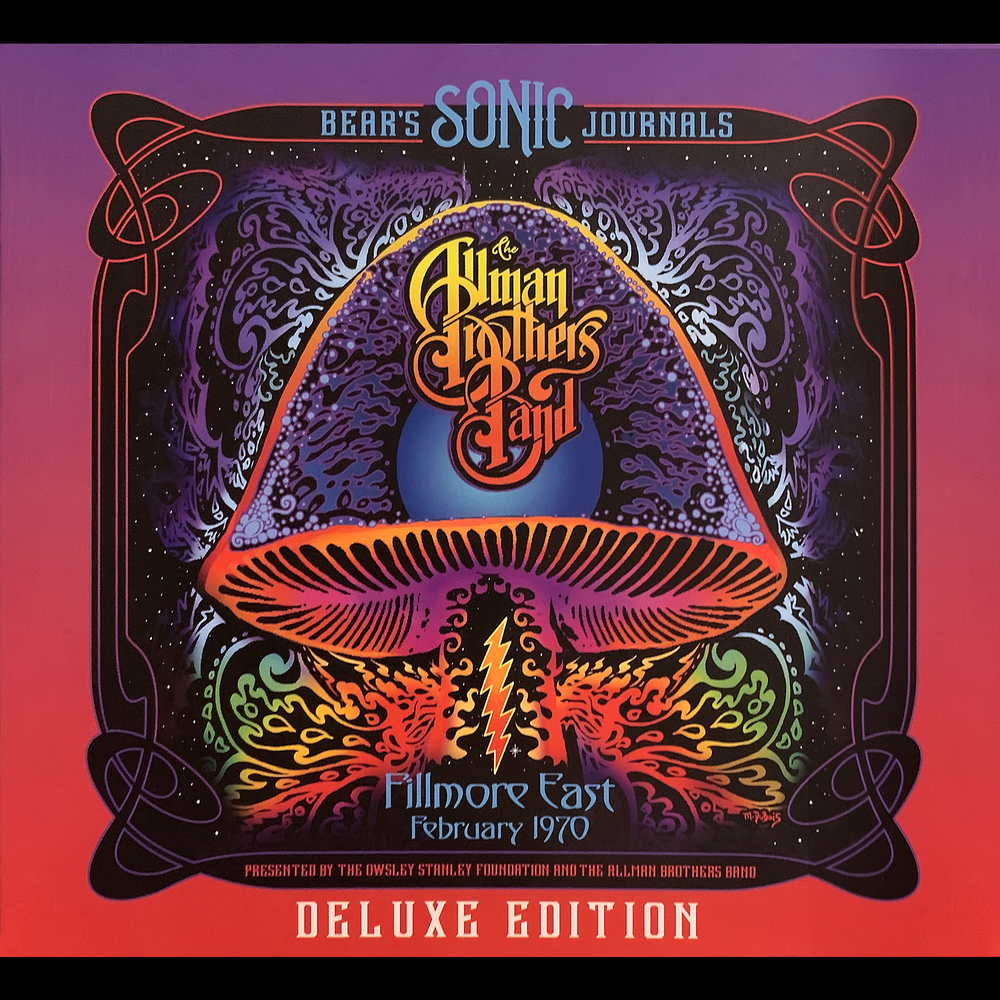 Available in 192 kHz / 24-bit AIFF, FLAC high resolution audio formats
Bear’s Sonic Journals: Allman Brothers Band, Fillmore East February 1970 is a completely newly transferred and mastered presentation of live music from the Allman Brothers Band’s 3 shows at the Fillmore East on February 11, 13 & 14, 1970. The Grateful Dead’ legendary soundman, Owsley Stanley a/k/a Bear, captured these shows on his “Sonic Journals” -his working diary recordings that are known for their uncanny ability to recreate the sonic landscape of the venue, placing the listener’s ears in the audience at the show. This is essential listening for Allman Brothers Band fans, as it showcases an early incarnation of the band, with Duane Allman in full form, and features the earliest known live concert recording of “In Memory of Elizabeth Reed,” just penned by Dickey Betts scant weeks before these shows. The band recorded their landmark At Fillmore East album a year later at the same venue. Replacing and surpassing the long out-of-print compilation from 1996… To make this Sonic Journal, the Owsley Stanley Foundation went back to Owsley’s original source reels and made fresh Plangent processed transfers. Then Jeffrey Norman mastered a new version, from the ground up, using the most modern technology.
192 kHz / 24-bit PCM – Allman Brothers Band Recording Company (2015 Deal) Studio Masters