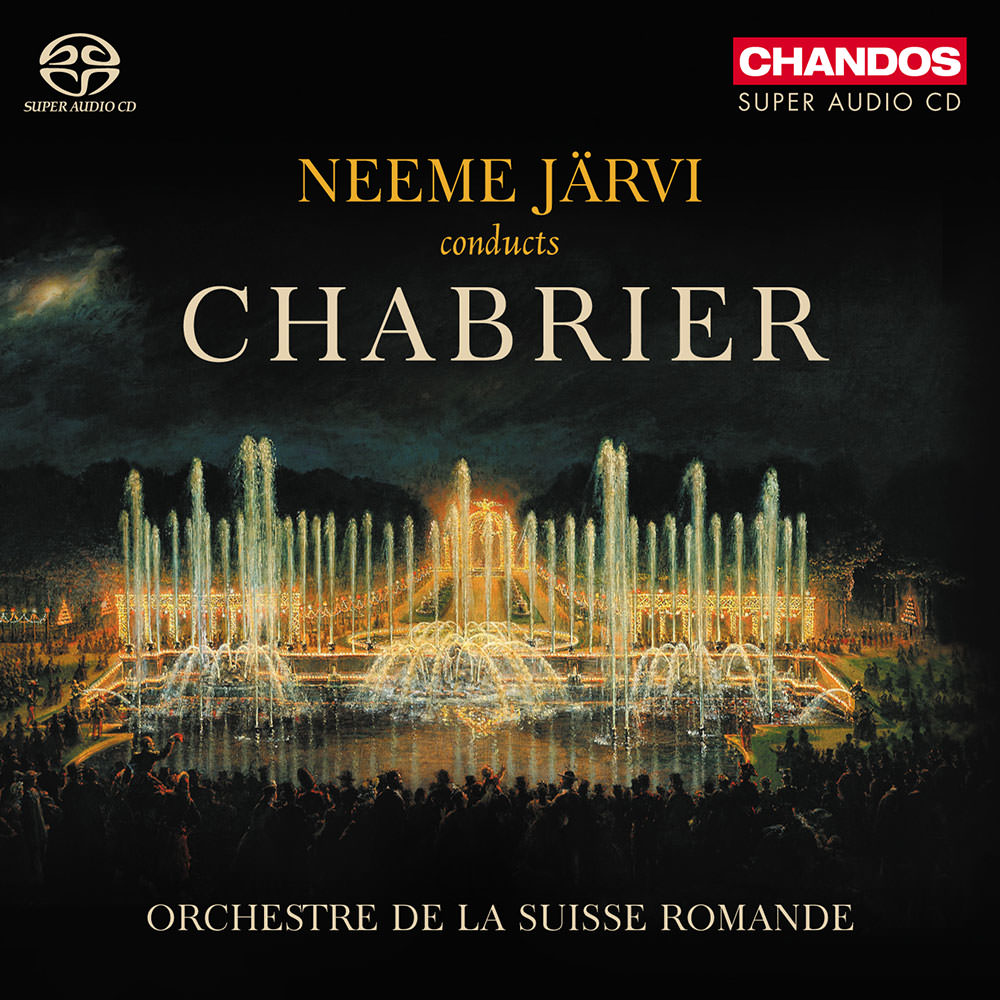 Available in 96 kHz / 24-bit AIFF, FLAC high resolution audio formats
"Orchestral Choice. This will lift the spirit." - BBC Music Magazine "... Järvi is convincing in all this rare content ... his handling of instrumental textures is masterly and the energy he brings to everything here, convincing ..." - Fanfare “Five Stars ... Järvi brings both sympathy and solid podium technique to bear on his interpretations ... if you invest in this collection, it will be your favorite way to hear Chabrier from now on.” - Audiophile Audition This album of popular works by Emmanuel Chabrier marks the beginning of a series of French repertoire, performed by the Orchestre de la Suisse Romande under its Artistic Director, Neeme Järvi. After three attempts at comic opera, Chabrier finally achieved success in 1877 with L’Étoile, the plotline of which is set in the court of the somewhat emotionally unstable King Ouf. Also on this release is the Joyeuse marche, one of Chabrier’s most popular works and the Bourrée fantasque, based on a dance from the Auvergne region in France where the composer spent his childhood.
96 kHz / 24-bit PCM – Chandos Studio Masters