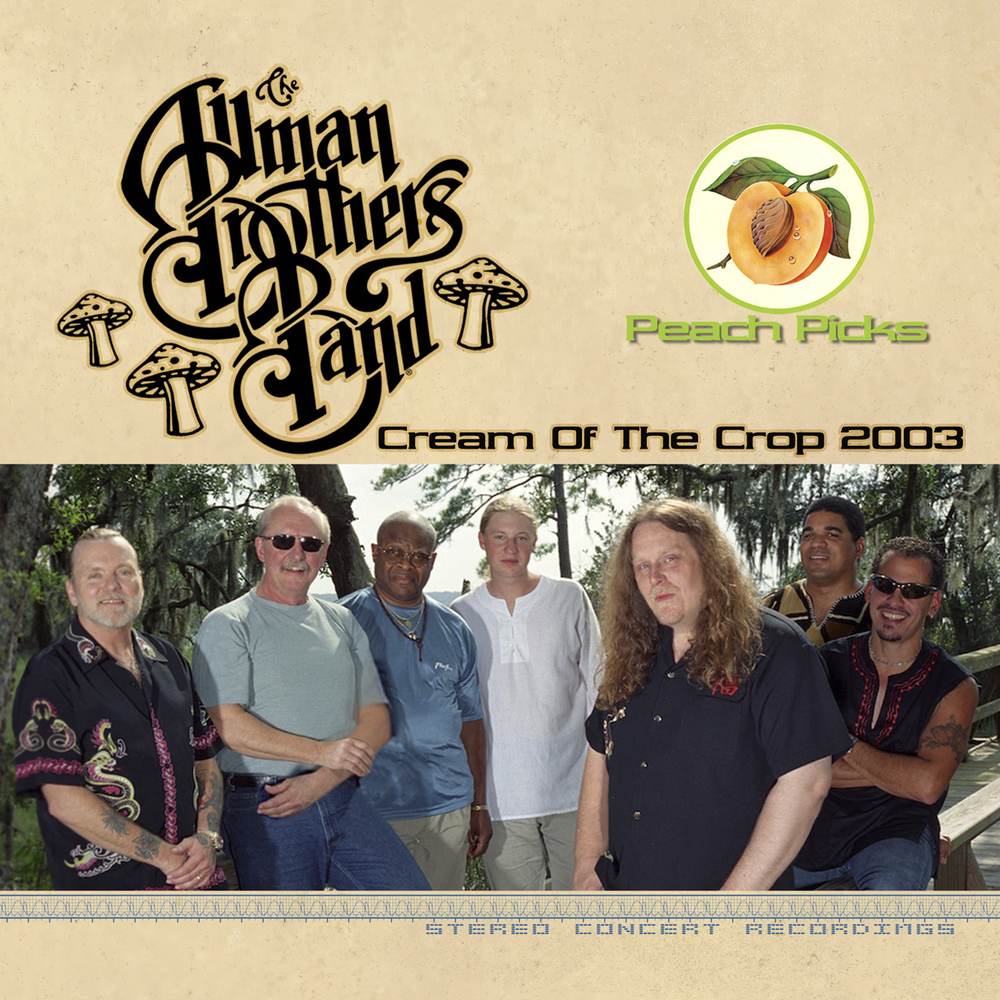 Available in 44.1 kHz / 24-bit AIFF, FLAC audio formats
"The Allman Brothers Band only recorded one studio album, 2003's Hittin' the Note, during their final lineup’s 13-year run. That's a shame for many reasons, not least of which is that, as their new archival release Cream of the Crop 2003 quickly demonstrates, the group came alive when they had some new material.... Avoiding any song repeats, the collection has the flow of a show, thanks to excellent selection and sequencing by supervising producer Warren Haynes." - Relix Magazine The Allman Brothers Band present Cream of the Crop 2003, Vol. 3, the third disc in their series recorded from July 25 to August 10, 2003 at six different concert venues. Cream of the Crop 2003 features the 2001 to 2014 lineup of the Allman Brother Band – Gregg Allman on keyboards and vocals, Warren Haynes on guitar and vocals, Derek Trucks on guitar, Oteil Burbridge on bass, Butch Trucks on drums, Jai Johanny Johanson on drums, and Marc Quiñones on percussion.
44.1 kHz / 24-bit PCM – Peach Records Associates Studio Masters