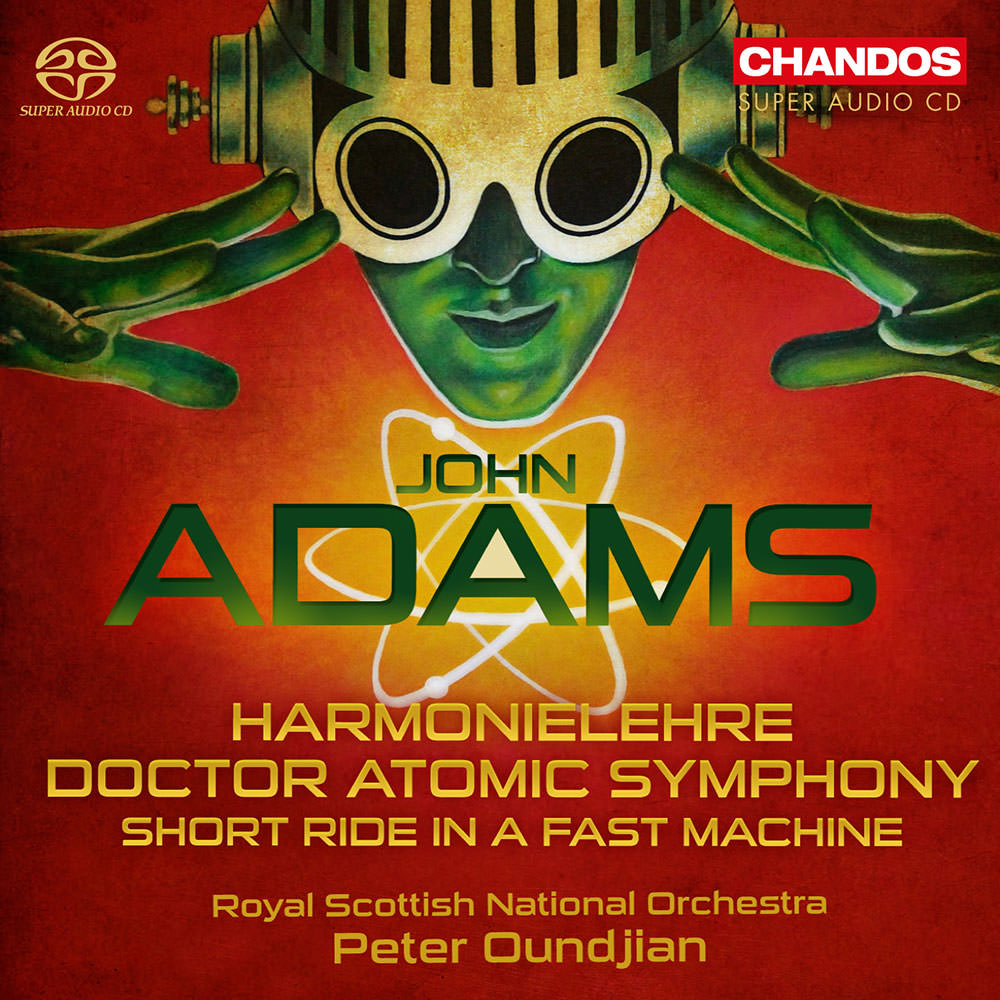 “... a powerful and exciting programme ... a fine release ... it is good to have these pieces together on a single disc ..."
- MusicWeb International

"This spectacular release is perhaps the perfect introduction to those who do not already know the music of John Adams ... can stand toe-to-toe with the best ... highest recommendation."
- Fanfare

Peter Oundjian and the Royal Scottish National Orchestra tackle two seminal works by American composer John Adams. Harmonielehre, a symphony in all but name, is an expansive, richly expressive and often breathtaking work. Heard throughout the score are echoes of Mahler, Wagner, Strauss, Sibelius, Debussy, Ravel and Stravinsky. The Doctor Atomic Symphony, based on Adams’s controversial opera of the same name, focuses on the preparations for the first test of the atomic bomb. Also featured on the album is Adams’s energetic fanfare Short Ride in a Fast Machine.
96 kHz / 24-bit PCM – Chandos Studio Masters