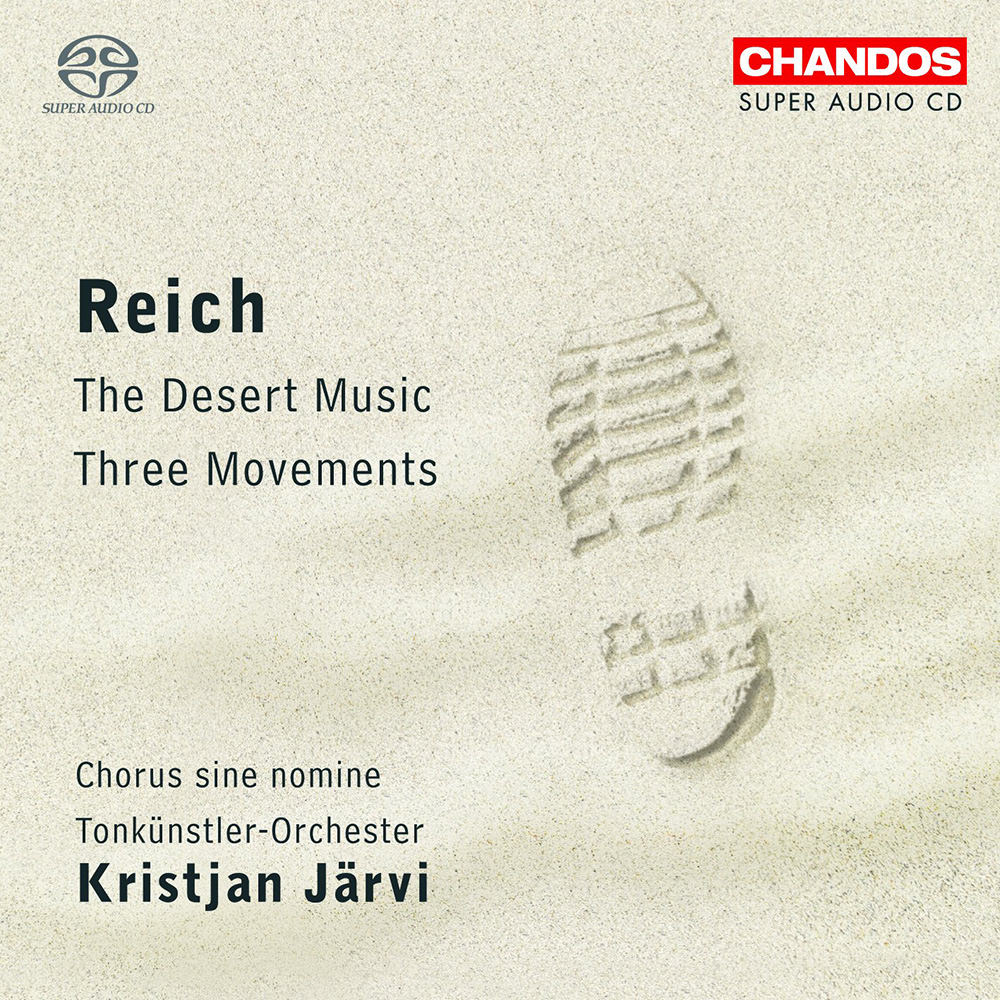 American composer Steve Reich, a pioneer of minimalism in music, has been hugely influential on contemporary composers such as John Adams, progressive rock bands like King Crimson and musicians including Brian Eno. The Guardian has described him as one of "a handful of living composers who can legitimately claim to have altered the direction of musical history." The Desert Music is perhaps Reich’s most ambitious orchestral score, a highly symphonic piece inspired by Reich’s own travels in California’s Mojave Desert. On this recording, Kristjan Järvi conducts the Vienna-based Tonkünstler-Orchester, Niederösterreich, joined by Chorus Sine Nomine, one of Austria’s leading vocal ensembles and winner of numerous awards and prizes.
48 kHz / 24-bit PCM – Chandos Studio Masters