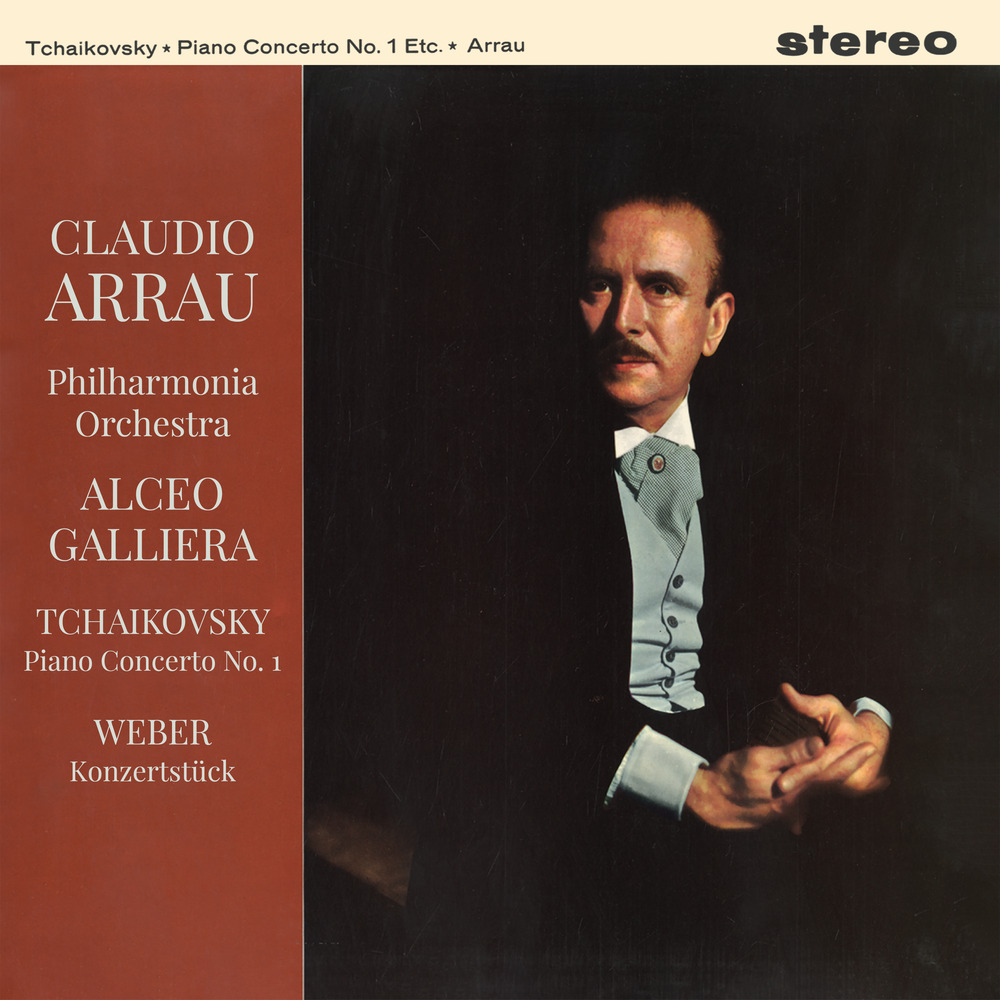 Available in MQA and 192 kHz / 24-bit, 96 kHz / 24-bit AIFF, FLAC high resolution audio formats
Legendary Chilean pianist Claudio Arrau is backed by the Philharmonia Orchestra headed by Italian conductor Alceo Galliera in this programme of piano features, transferred from original analog sources to high-fidelity digital formats by Warner Classics! The Piano Concerto No. 1 in B♭ minor, Op. 23, was composed by Pyotr Ilyich Tchaikovsky between November 1874 and February 1875. It was first performed on October 25, 1875, in Boston by Hans von Bülow after Tchaikovsky's desired pianist, Nikolai Rubinstein, criticised the piece. Rubinstein later withdrew his criticism and became a fervent champion of the work. It is one of the most popular of Tchaikovsky's compositions and among the best known of all piano concerti. The Konzertstück in F minor for Piano and Orchestra, Op. 79, J. 282, was written by Carl Maria von Weber. He started work on it in 1815, and completed it on the morning of the premiere of his opera Der Freischütz, 18 June 1821. The Konzertstück started out as a third piano concerto; however, because it is in one continuous movement (in four sections) and has an explicit program, Weber decided not to name it "concerto" but "Konzertstück" (Concert Piece).
192 kHz / 24-bit, 96 kHz / 24-bit PCM – Warner Classics Studio Masters