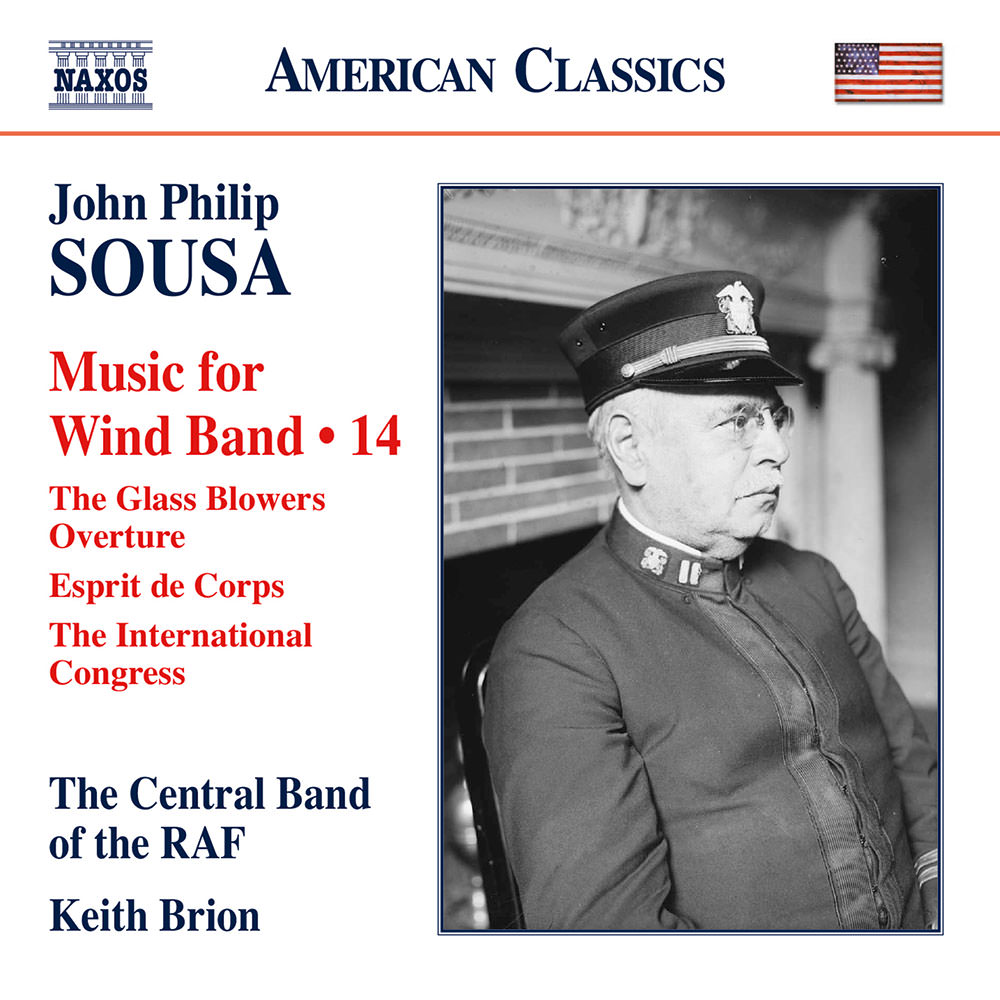 Available in 96 kHz / 24-bit AIFF, FLAC high resolution audio formats
The unprecedented popularity enjoyed by John Philip Sousa was garnered through constant national and international touring with a band that included some of the very best American instrumentalists. Volume 14 of this series, released in 2014, includes brilliant show overtures such as The Glass Blowers, theatrical marches such as The Lambs and the suite El Capitan and His Friends from three of Sousa’s remarkably successful operettas. Last but not least is the 22-year-old composer’s extraordinary collection of patriotic songs of many countries, The International Congress which ends with The Star Spangled Banner set against the violin obbligato from Wagner’s Tannhauser. Keith Brion, who founded the New Sousa Band in 1979 and is recognized as the world’s leading Sousa conductor, has led on every volume in this series.
96 kHz / 24-bit PCM – Naxos Studio Masters