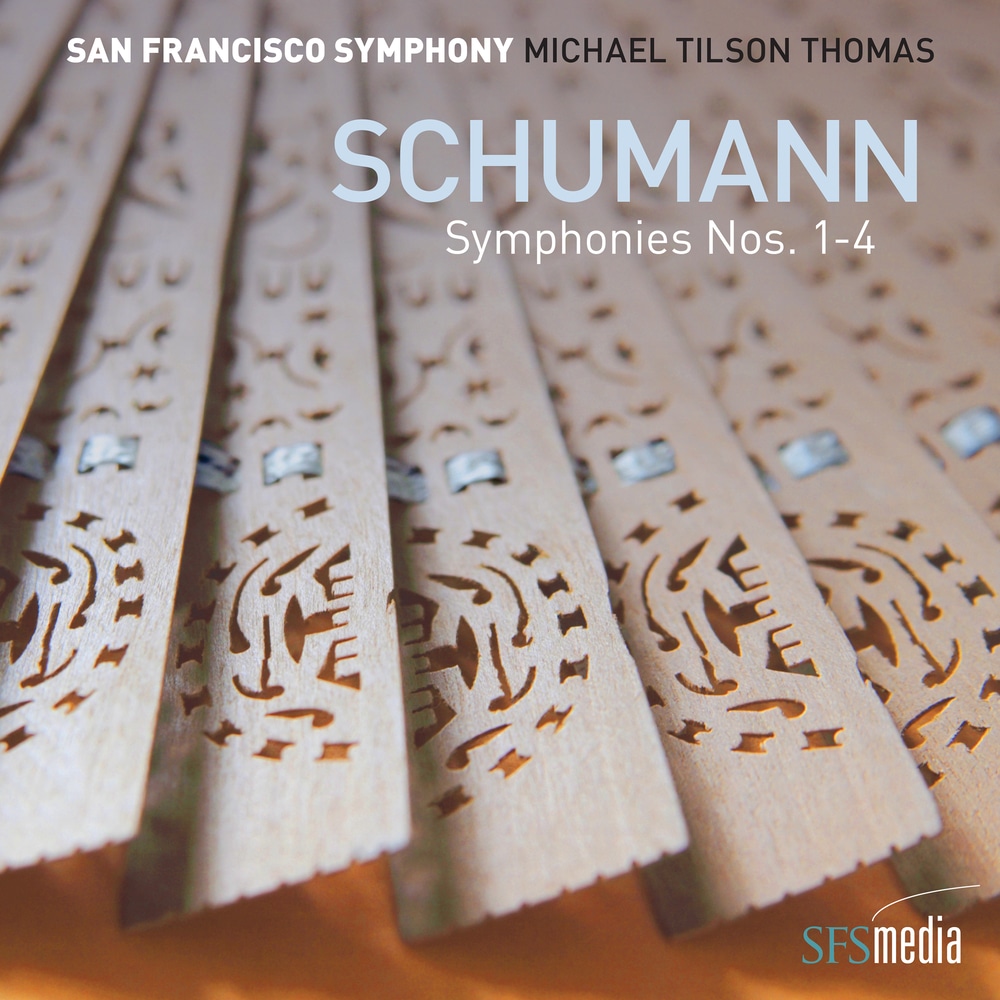 "Tilson Thomas seems happiest in the slow movements, where he encourages the San Franciscans to fill his generous paragraphs with their sumptuous tone. The playing throughout is one of the joys of this set, with characterful woodwind soloists (featuring especially perky clarinets) aided by a recording of remarkable clarity. Again and again the ear is caught by a detail – an inner string motif or a little wind commentary – that is so often swamped. This clarity, though, once more gives the lie to the received wisdom that Schumann was an orchestral amateur and reveals not only his personal appreciation of sonority but also his command of symphonic architecture."
- Gramophone

The Grammy Award-winning team of Michael Tilson Thomas and the San Francisco Symphony releases a premium edition recording of the complete symphonies of Robert Schumann, one of the most evocative composers of the Romantic era. Michael Tilson Thomas’ nuanced approach accentuates the tender, simple, and vulnerable side of Schumann’s symphonies, which MTT calls a “preserve for endangered emotions.”

Recorded live, these performances were hailed by the San Francisco Chronicle as “taut, keenly shaped and marked by a richly dramatic sensibility.”