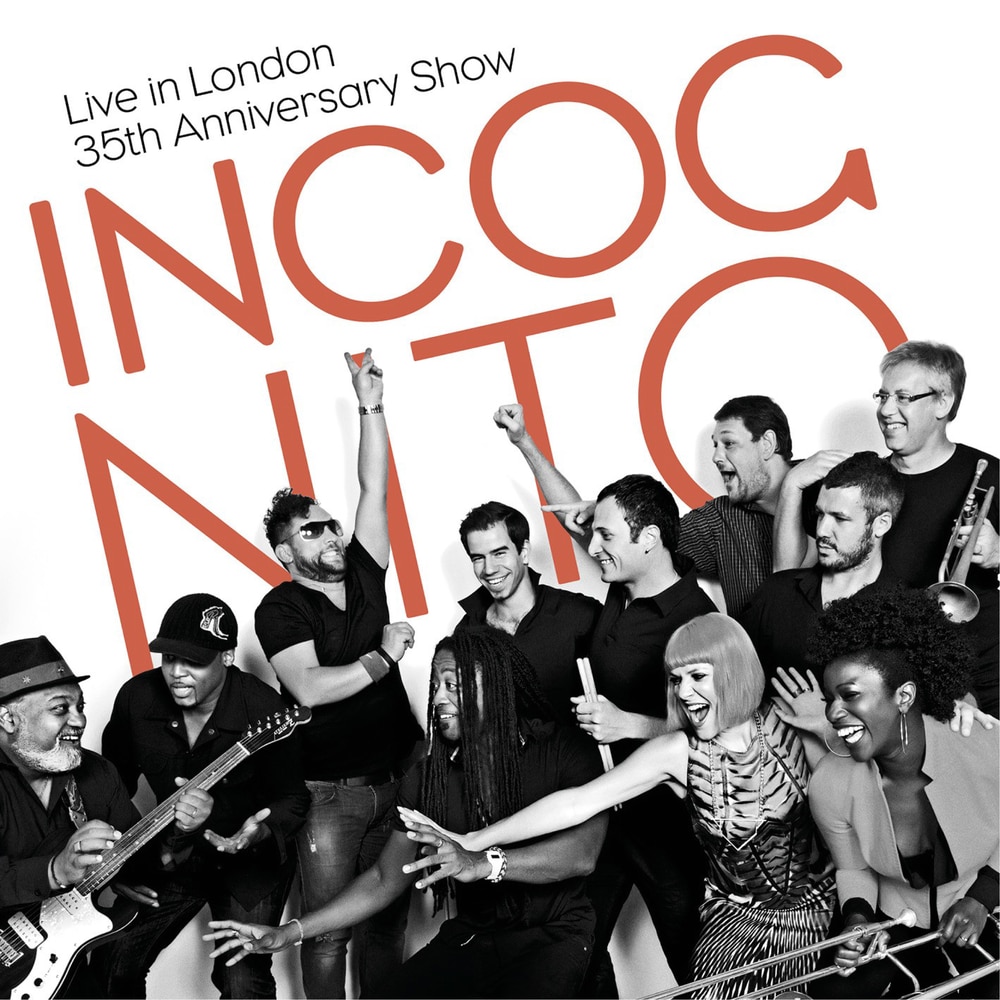 Available in 48 kHz / 24-bit AIFF, FLAC audio formats
35th Anniversary Concert by British jazz-funk legends Incognito recorded live at London’s O2 Shepherd’s Bush Empire. Includes pulsating versions of ‘Always There’, ‘Still A Friend Of Mine’, ‘Ain’t It Time’, ‘Parisienne Girl’ and ‘Brazilian Love Affair’ among many others. On July 12, 2014, Incognito threw a party that will surely be remembered for years to come. To celebrate the band's 35th anniversary in style, Incognito played a show at London's O2 Shepherd's Bush Empire and invited friends, family and fans to join them for a wild night out. With guest performances by genre and music companion Mario Biondi, American soul diva Carleen Anderson and friends and artists from former and current times like Mo Brandis and Imaani, Incognito dug up songs from now and then for an amazing performance, delivered in style, with passion, with soul, with heart. The band's greatest hits like their #6 UK single charts success “Always There”, their first single ever “Parisienne Girl” as well as recent songs like “Goodbye To Yesterday”, fan favourites and songs dear to the band are represented on this night to remember. The memorable gig brought the essentials of Incognito, the jazz, blues, funk, soul, latin and dance together for a perfect blend.
48 kHz / 24-bit PCM – earMUSIC Studio Masters