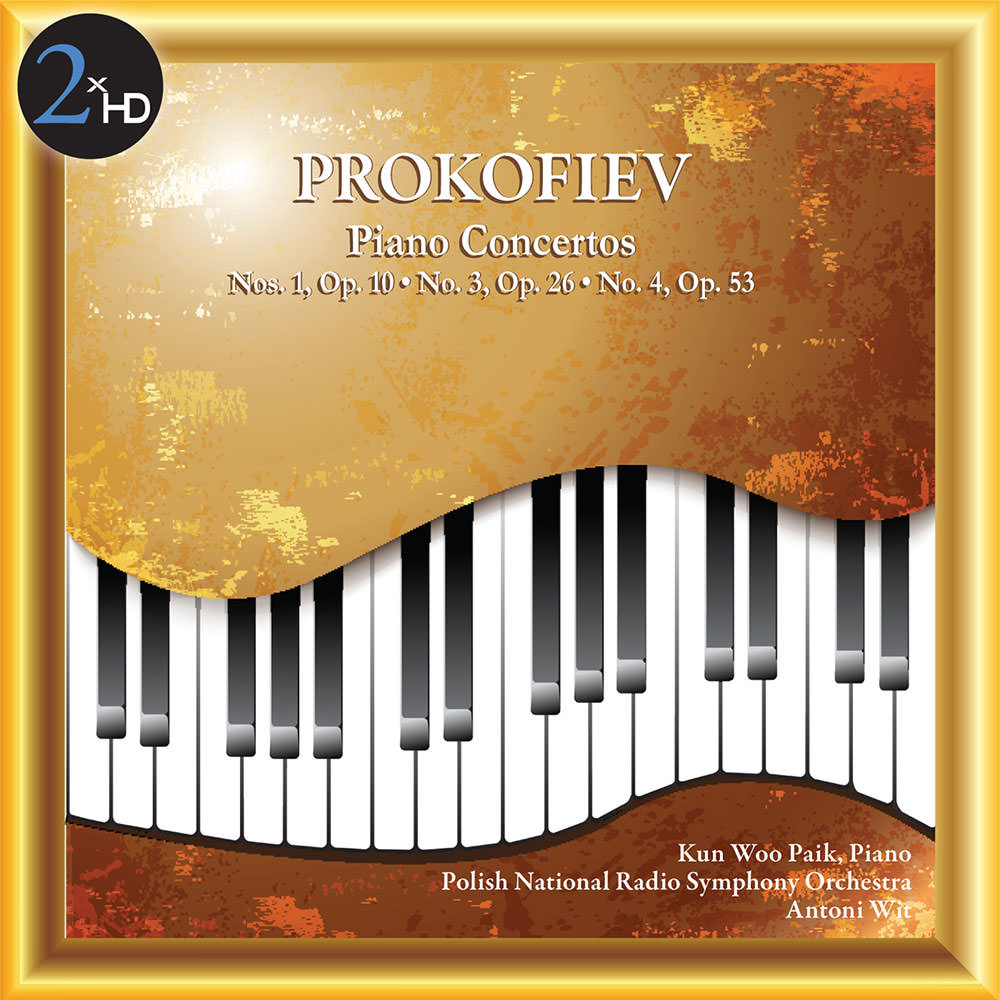 "This is compelling music making with sonics to match."
- American Record Guide

"Kun Woo Paik's particular qualities are best revealed in the most popular, tuneful and elegant of these concertos, the Third ..."
- BBC Music Magazine

"Kun Woo Paik’s playing throughout these concertos has exhilarating bravura. Tempi are dangerously fast at times and occasionally he has the orchestra almost scampering to keep up with him but they do and the result is often electrifying ... with vivid recording this set is enormously stimulating ..."
- The Penguin Guide to Recorded Classical Music

Award-winning conductor Antoni Wit leads the Polish National Radio Symphony Orchestra on this 1992 release of Prokofiev's Piano Concertos Nos. 1, 3 and 4. Virtuoso Korean pianist Kun Woo Paik, the soloist on this album, performed all five Prokofiev piano concertos in Poland with the PNRSO and recorded them immediately following the concerts. The Piano Concerto No. 1 is scored for a full orchestra, its percussion section augmented unusually by tubular bells.
44.1 kHz / 24-bit PCM – 2xHD Studio Masters

Recorded at the Concert Hall of the Polish Radio in Karowice from 13th to 18th May, 1991
Producer: Beata Jankowska
Engineer: Otto Nopp
Music Notes: Keith Anderson