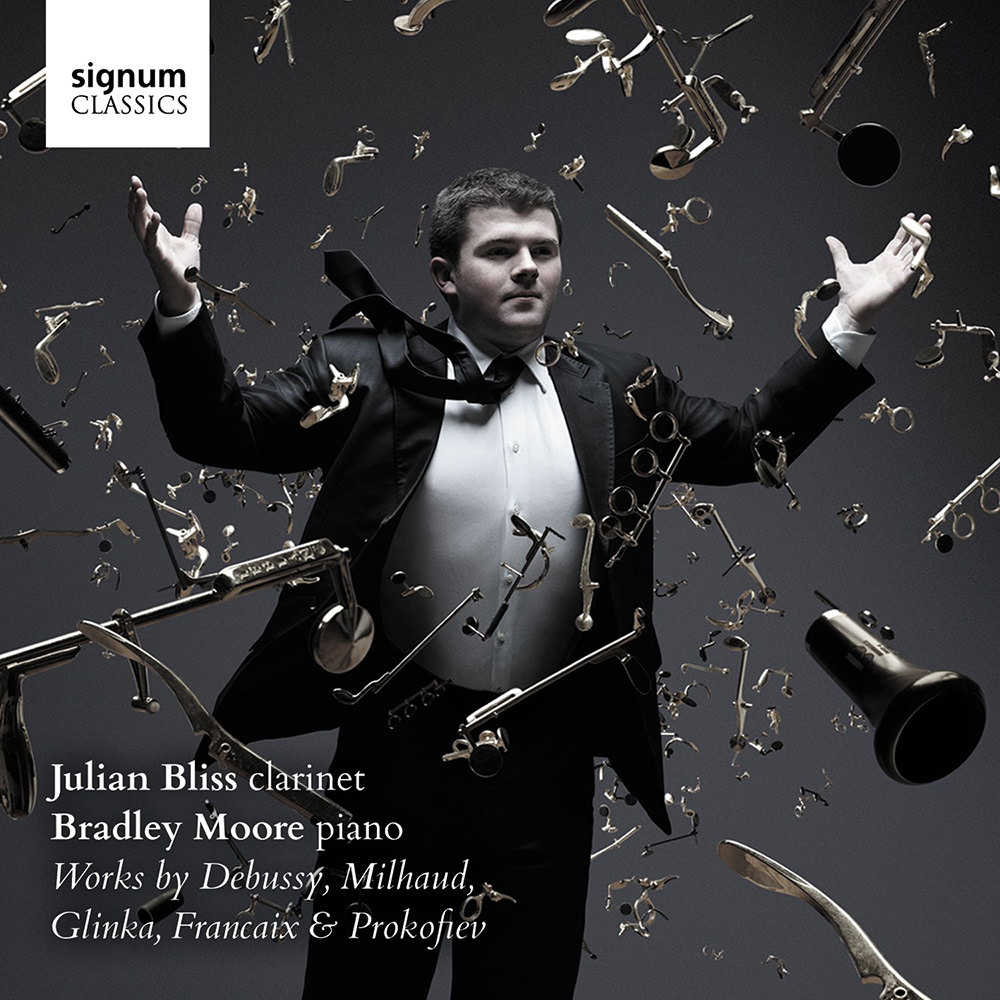 Available in 48 kHz / 24-bit AIFF, FLAC audio formats
Nearly 10 years after his debut recital recording, virtuoso clarinet player Julian Bliss returns with this 2014 album performing alongside pianist Bradley Moore. Their recital combines great works, including some new arrangements, from Russian and French composers. “I first heard the Prokofiev a number of years ago and what struck me was not only the virtuosity required by both musicians to play it, but how intricate and beautiful it was. I knew straight away that I had to make my own arrangement of it and after sight reading it through with Bradley there was no question about including it on this album. To me, the third movement in particular has a very French and jazzy feel to it. You could be fooled into thinking it was a piece of Debussy!” - Julian Bliss
48 kHz / 24-bit PCM – Signum Records Studio Masters