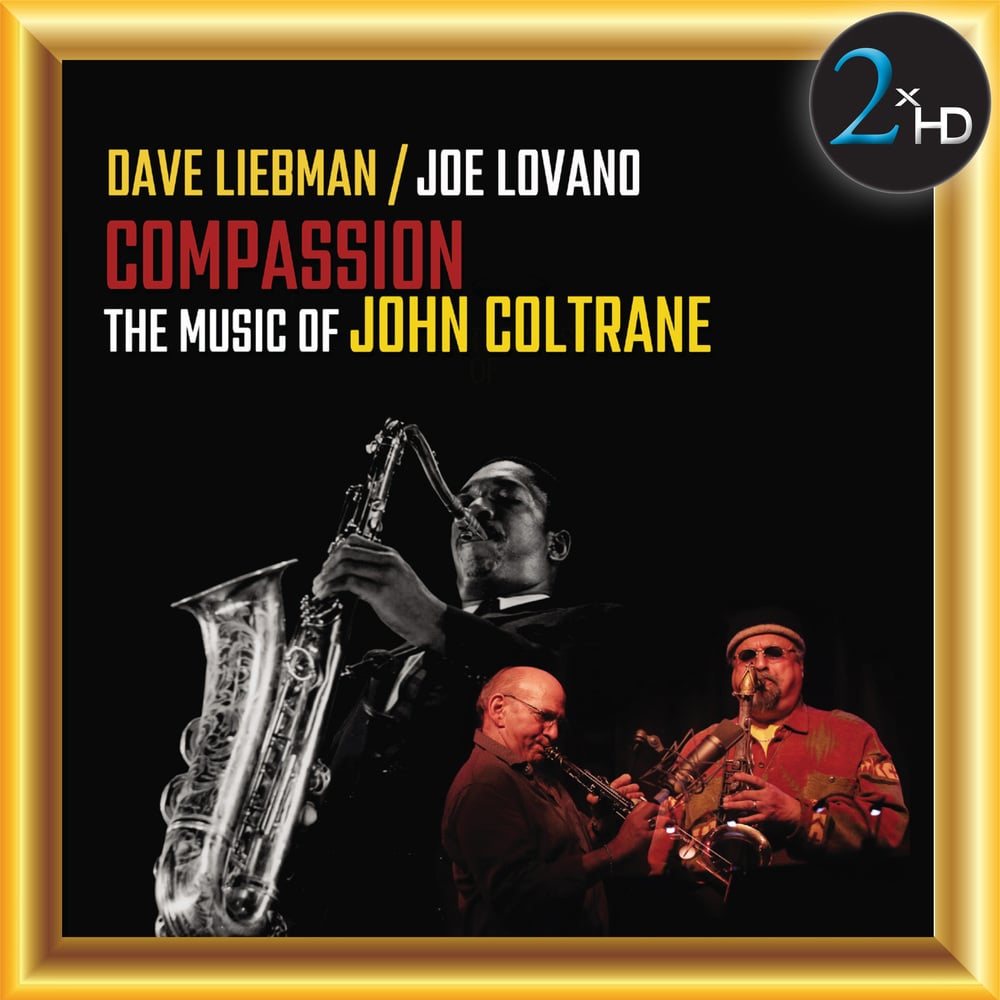 Compassion: The Music of John Coltrane

Available in 48 kHz / 24-bit AIFF, FLAC audio formats
"Lovano’s rugged tenor and Liebman’s ethereal soprano sharply contrast on a segue of Central Park West and the rapturous Dear Lord; Coltrane’s world musicianship is evoked by the Spanish theme of Olé; there’s an Amazing Grace mood to Reverend King, and a prayerlike ecstasy to the freeform title track. The full breadth of the shortlived Coltrane’s legacy is rarely celebrated so authoritatively and completely." - John Fordham, The Guardian Saxophone virtuosi Dave Liebman and Joe Lovano were tapped by the BBC's Jazz on 3 in 2007 to create a tribute to the legendary John Coltrane on the 40th anniversary of his death. Ten years later, those iconic tapes are available for the public this time in commemoration of Trane's 50th. Palpable collective passion and improvisational prowess abound on this release, an uninhibited celebration of jazz mastery.
48 kHz / 24-bit PCM – 2xHD Studio Masters