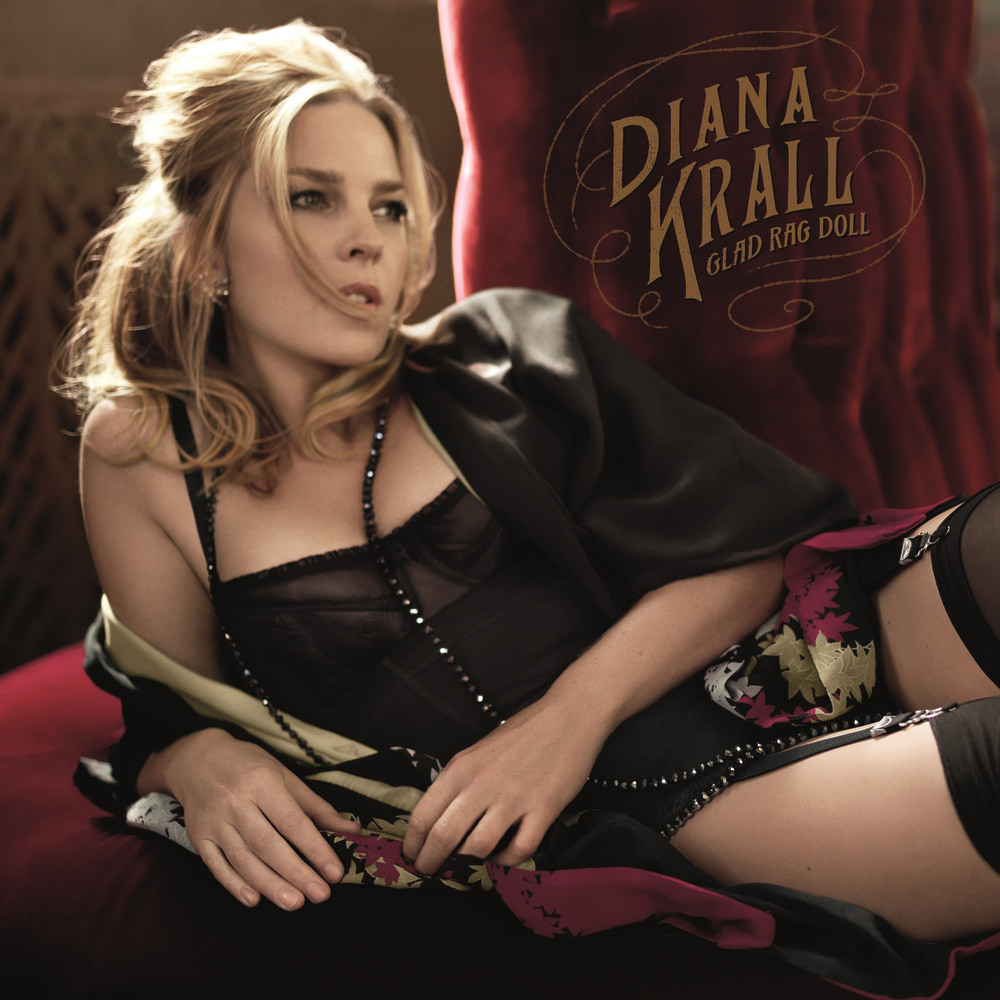 Available in 96 kHz / 24-bit AIFF, FLAC high resolution audio formats
Billboard 200 - #6, 2012 "It's a fresh sound for Krall ... the album has a vintage 'n' vaudeville quality to it." - CBC "... Krall brings her sultry jazz interpretations to vaudeville songs ... introduces a new level of comfort in the depth of intimacy with Krall's vocal style." - All About Jazz "What's old is new again, and in this case Diana Krall finds something new in older music -- a rejuvenation earned by looking backward in years but forward in daring." - PopMatters.com "With this batch of beautifully-played songs that rock when they have to and whisper when they must, she proves herself, once again, to be an artist whose body of work grows more interesting with time." - The Montreal Gazette Diana Krall’s extraordinary album Glad Rag Doll is an exhilarating and adventurous exploration of new sounds, new instrumentation and new musicians. This 2012 album, produced by T-Bone Burnett, is a loving testament to the music that Krall was influenced by during her formative years listening to her father's collection of 78s. It is at once a major departure and a natural progression for the gifted musician. Krall simply calls the album “a song and dance record.” This deluxe version features four additional songs including an alternate take of the title track.
96 kHz / 24-bit PCM – Verve Studio Masters