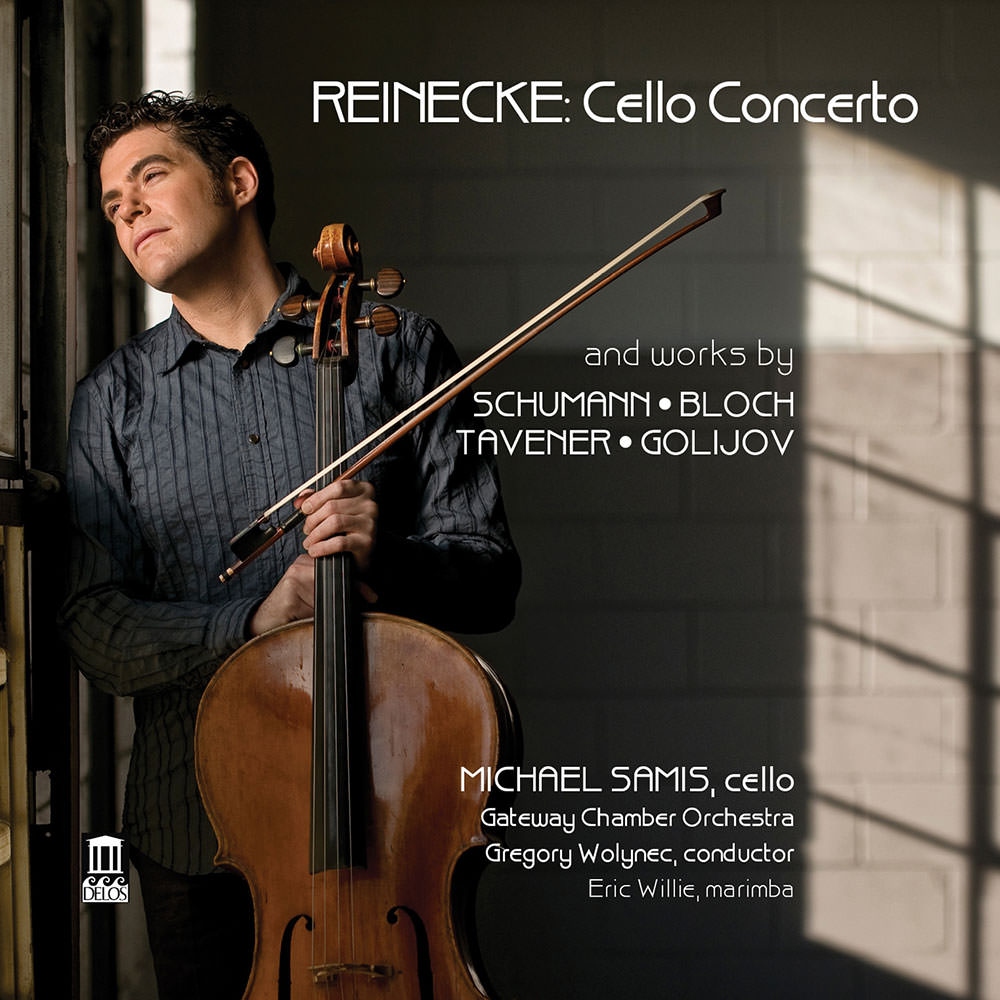 On his first solo album, award-winning cellist Michael Samis presents the premiere of the neglected Concerto for Cello and Orchestra in D Minor by Carl Heinrich Reinecke, a prolific Romantic-era composer. Samis says he was inspired to learn the piece due to its “soaring melodies and brilliant virtuosity." He is accompanied on the programme, which includes shorter works by Schumann, Block, Tavener and Golijov, by the Gateway Chamber Orchestra under Gregory Wolynec. Of Reinecke's nearly 300 works, the vast majority are rarely performed today and remain largely unknown.
96 kHz / 24-bit PCM – Delos Studio Masters