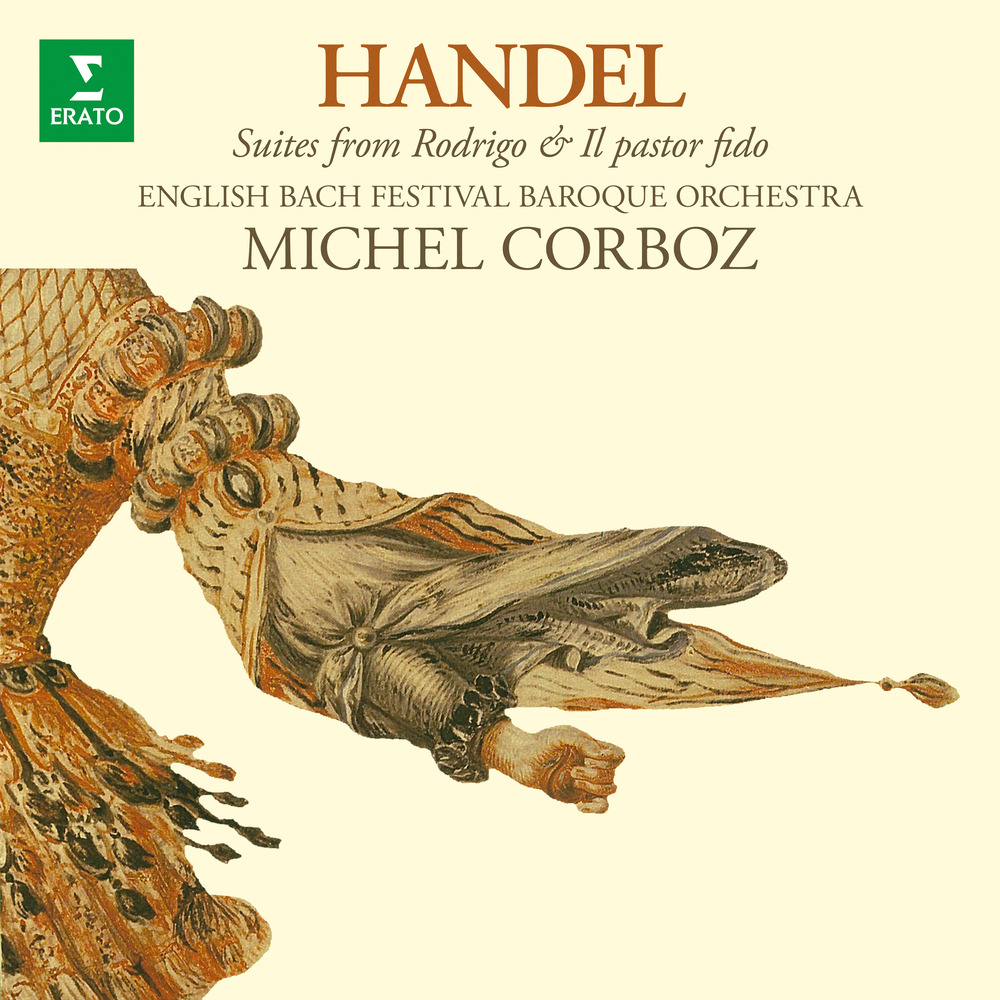 Available in MQA and 192 kHz / 24-bit, 96 kHz / 24-bit AIFF, FLAC high resolution audio formats
Swiss conductor Michel Corboz heads the English Bach Festival Baroque Orchestra in this programme of works from George Frideric Handel, focusing on the Suite from Rodrigo, HWV 5 and Il pastor fido, HWV 8a. Rodrigo (HWV 5) is an opera in three acts composed by George Frideric Handel. Its original title was Vincer se stesso è la maggior vittoria ("To overcome oneself is the greater victory"). The opera is based on the historical figure of Rodrigo, the last Visigothic king of Spain. The libretto was based on Francesco Silvani's II duello d'Amore e di Vendetta ("The conflict between love and revenge"). Dating from 1707, it was Handel's first opera written for performance in Italy, and the first performance took place in Florence late in 1707. Il pastor fido ("The Faithful Shepherd") (HWV 8) is an opera seria in three acts by George Frideric Handel. It was set to a libretto by Giacomo Rossi based on the famed and widely familiar pastoral poem of the 'Il pastor fido' by Giovanni Battista Guarini. It had its first performance on 22 November 1712 at the Queen's Theatre in the Haymarket, London.
192 kHz / 24-bit, 96 kHz / 24-bit PCM – Warner Classics Studio Masters