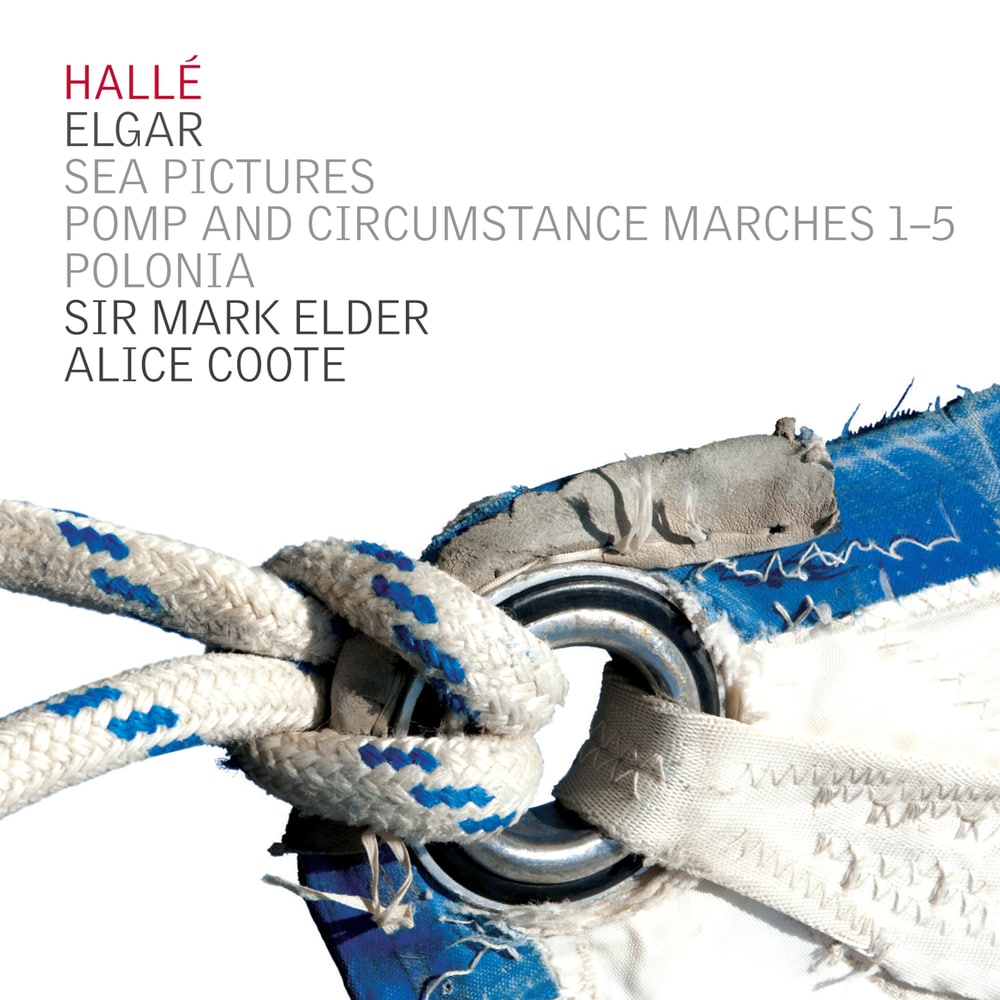 "the selling point of the discs is likely to be Alice Coote’s velvety smooth singing of Sea Pictures. Her performance is very restrained, trance-like almost in the first couple of songs – other mezzos find much more emotional depth in the cycle – but its coolness does make a nice contrast with Elder’s account of the five Pomp and Circumstance Marches, in which he and the orchestra keep their swagger just within decent limits."
- Andrew Clements, The Guardian

This Sir Mark Elder led Hallé performance sees Elgar's Sea Pircutres paired with his Pomp and Circumstance Marches and the less-known Polonia, a 13-minute symphonic prelude in recognition of the Polish contribution to the allied effort in World War I. Mezzo Alice Coote is a particular highlight on Sea Pictures, bringing a warmth and depth to her interpretation that demonstrates her intellect and musicality.
44.1 kHz / 24-bit PCM – Halle Concerts Society Studio Masters