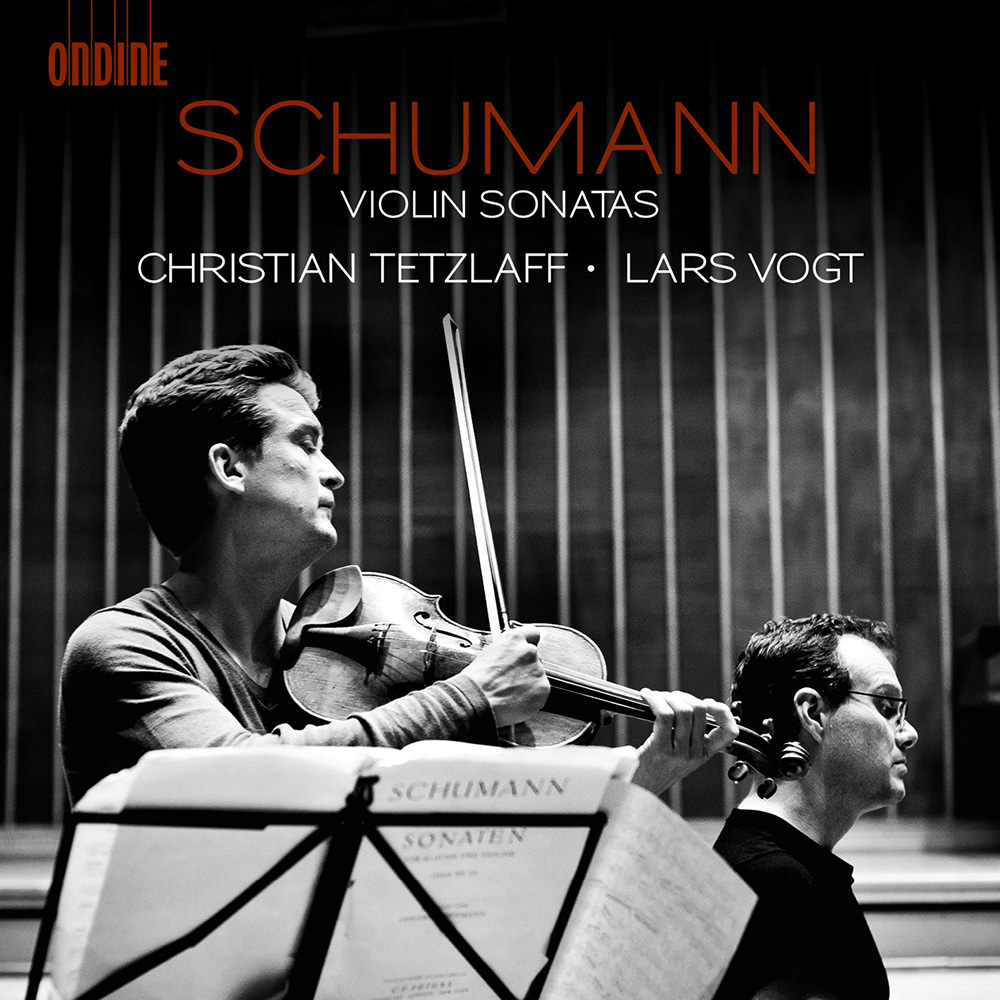 Available in 44.1 kHz / 24-bit AIFF, FLAC audio formats
Ondine is pleased to announce the second chamber music recording with violinist Christian Tetzlaff, featuring his long time musical partner pianist Lars Vogt. With the selection of these violin sonatas for violin and piano by Robert Schumann (1810-1856) the artists show the development of the composer, including the third sonata that was neglected for a long time after Schumann's death and only premiered in 1956. Christian Tetzlaff has been considered one of the world's leading international violinists for many years, and still maintains a most extensive performing schedule. Musical America named him "Instrumentalist of the Year" in 2005 and his recording of the violin concertos by Mendelssohn and Schumann, released on Ondine in 2011 (ODE 1195-2), received the "Preis der deutschen Schallplattenkritik". Lars Vogt was appointed the first ever "Pianist in Residence" by the Berlin Philharmonic in 2003/04 and enjoys a high profile as a soloist and chamber musician. The earlier release of Sonatas for Piano and Violin by Mozart (ODE 1204-2) with Tetzlaff and Vogt has won many awards, among them the Gramophone Editor's Choice and the Recording of the Month, Chamber Choice, for BBC Music Magazine.
44.1 kHz / 24-bit PCM – Ondine Studio Masters