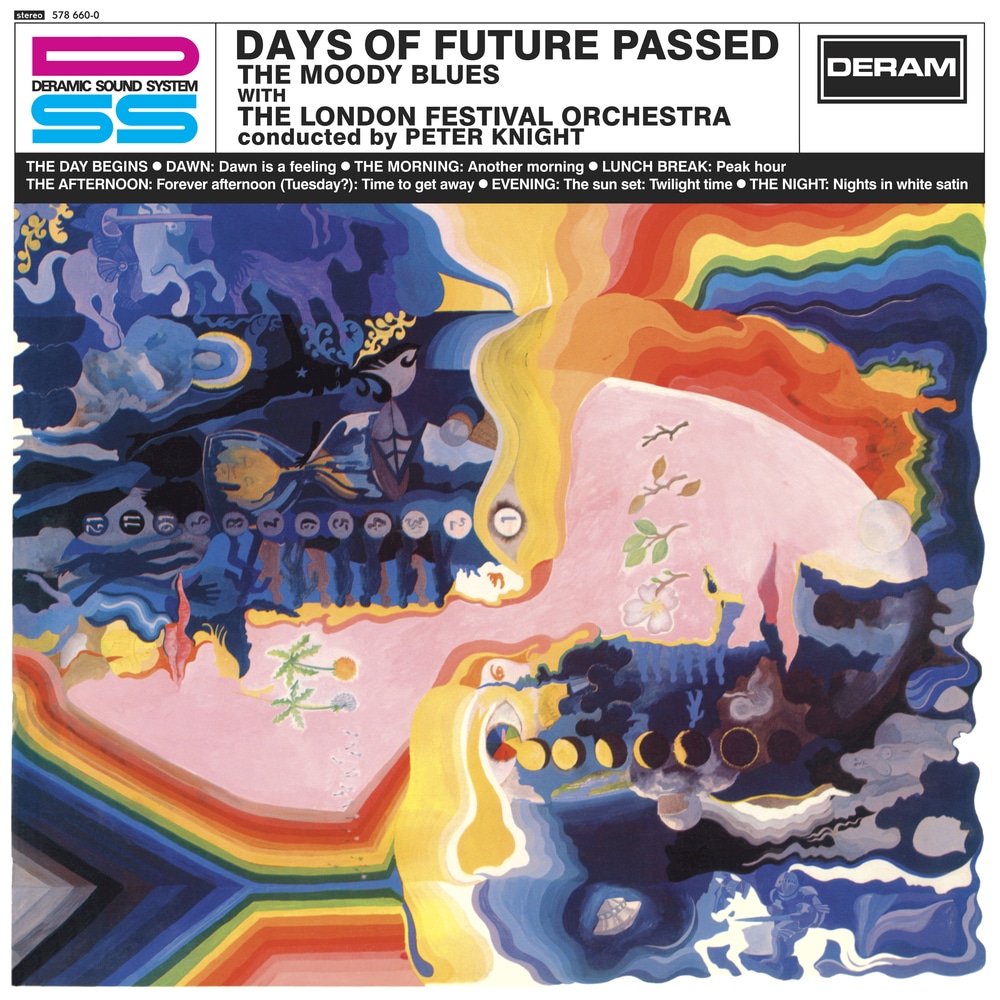 Available in 96 kHz / 24-bit AIFF, FLAC high resolution audio formats
"This year has been particularly demanding on prog fans’ pockets as a seminal 1967 is marked by endless 50th anniversary boxsets. But few are more deserving of the deluxe treatment than the tumultuously grandiose work that launched the classical-prog crossover." - Kris Needs, Prog The Moody Blues put the orchestra at centre stage with Days of Future Passed, their second album originally released in 1967. Considered by many to be the release that would come to define progressive and rock, psychedelic ballads appear next to lush, trippy, symphonic interludes. This 50th-anniversary reissue includes the original 1967 stereo mix, available for digital download for the first time.
96 kHz / 24-bit PCM – Polydor Studio Masters