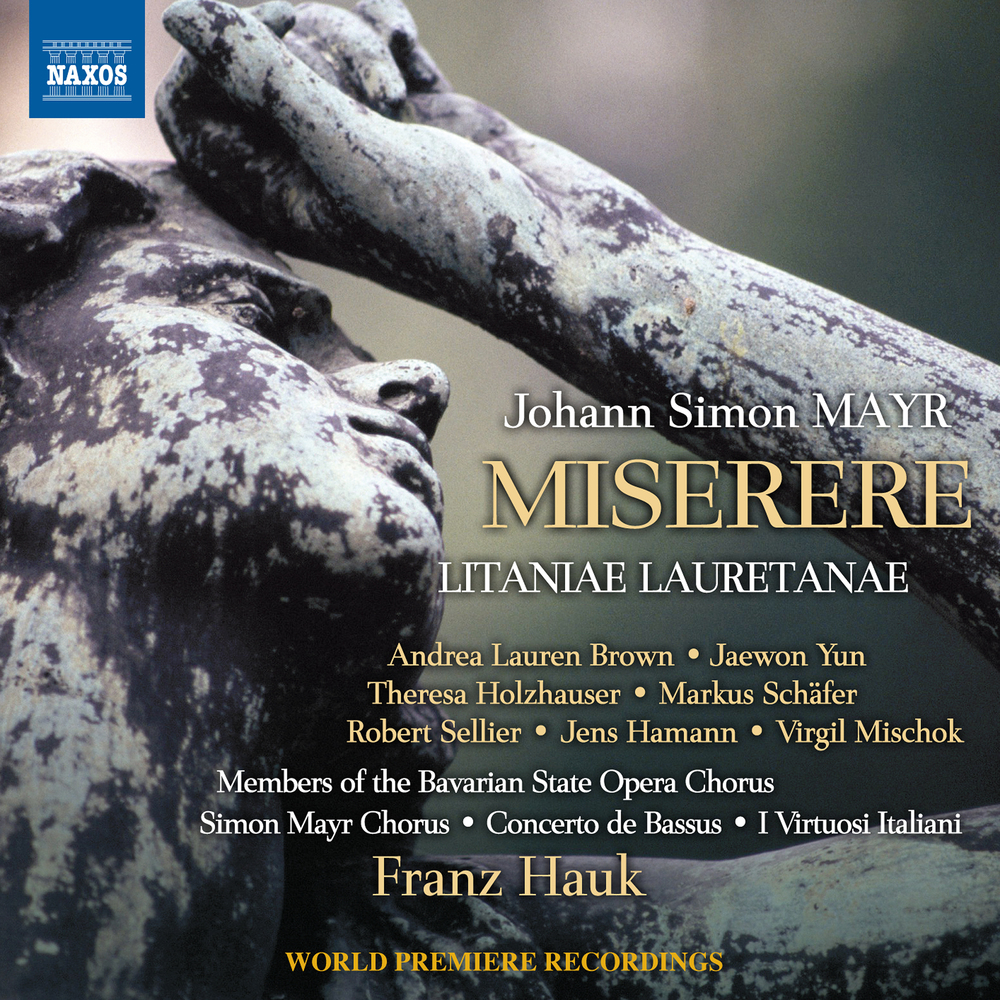 Frank Hauk leads members of the Bavarian State Opera Chorus, the Simon Mayr Chorus, Concerto de Bassus, and I Virtuosoi Italiani along with various soloists in this world premiere recording of Johann Simon Mayr's Miserere in G Minor and the single movement Litaniae lauretanae. A German composer who taught Donezetti, Mayr was appointed maestro di cappella at Bergamo's basilica of Santa Maria Maggiore in 1802 and became an important figure in the musical fabric of that city, a little-known legacy which this international cast of musicians honours with moving performances of Mayr's sacred works.
96 kHz / 24-bit PCM – Naxos Studio Masters