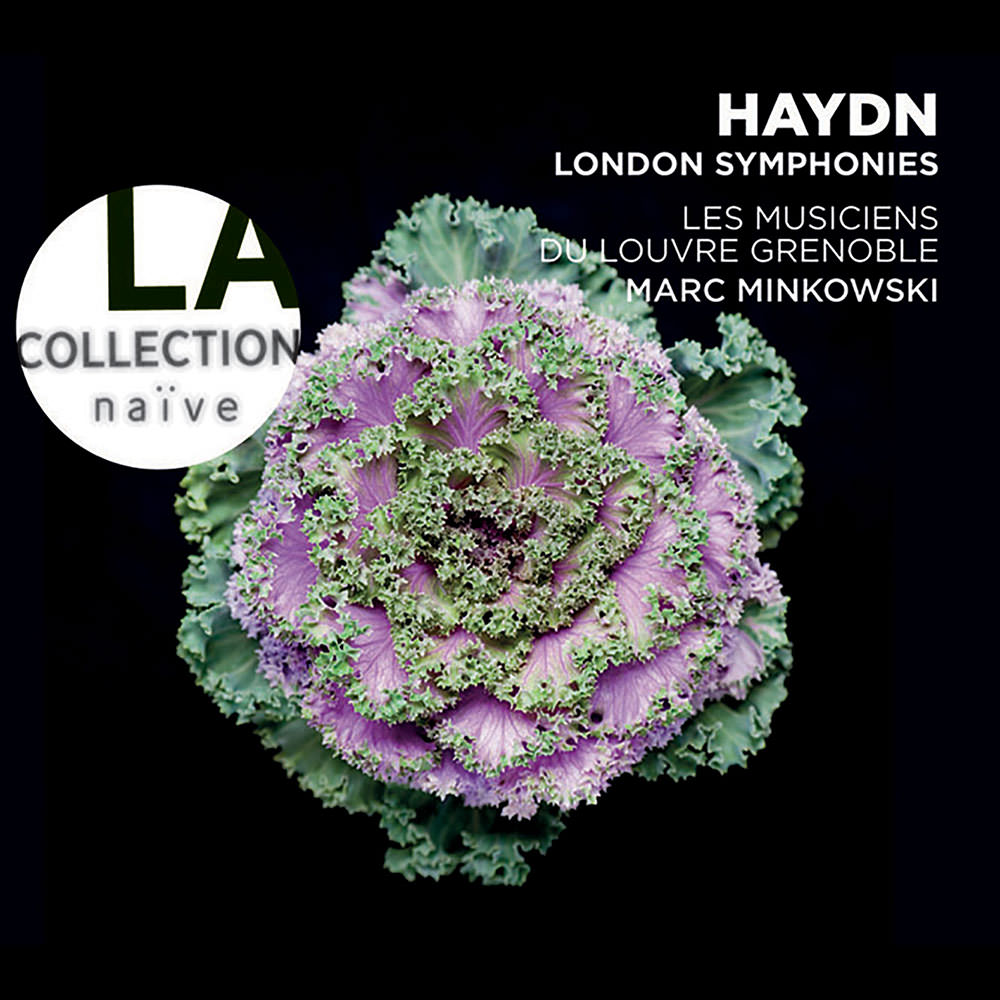 "Four Stars ... those who feel they have heard some of these works rather too often will have their affection renewed by this lively set."
- BBC Music Magazine

"Here at last is a period recording that approximates the scale of the performances of the 1790s ... there is every reason to regard this as a notable landmark in the Haydn discography."
- Gramophone

This album is one volume of a previously released four-disc box set recorded live during a series of highly acclaimed concerts presented at the Konzerthaus in Vienna in 2009 and released a year later. Conductor Marc Minkowski leads the orchestra he founded, Les Musiciens du Louvre, a period instrument ensemble specializing in Baroque and Classical repertoire with emphasis on French Baroque music in particular. Minkowski and his orchestra are intimately familiar with these works; in 2006 they toured Europe performing all 12 London Symphonies.
44.1 kHz / 24-bit PCM – Naive Studio Masters