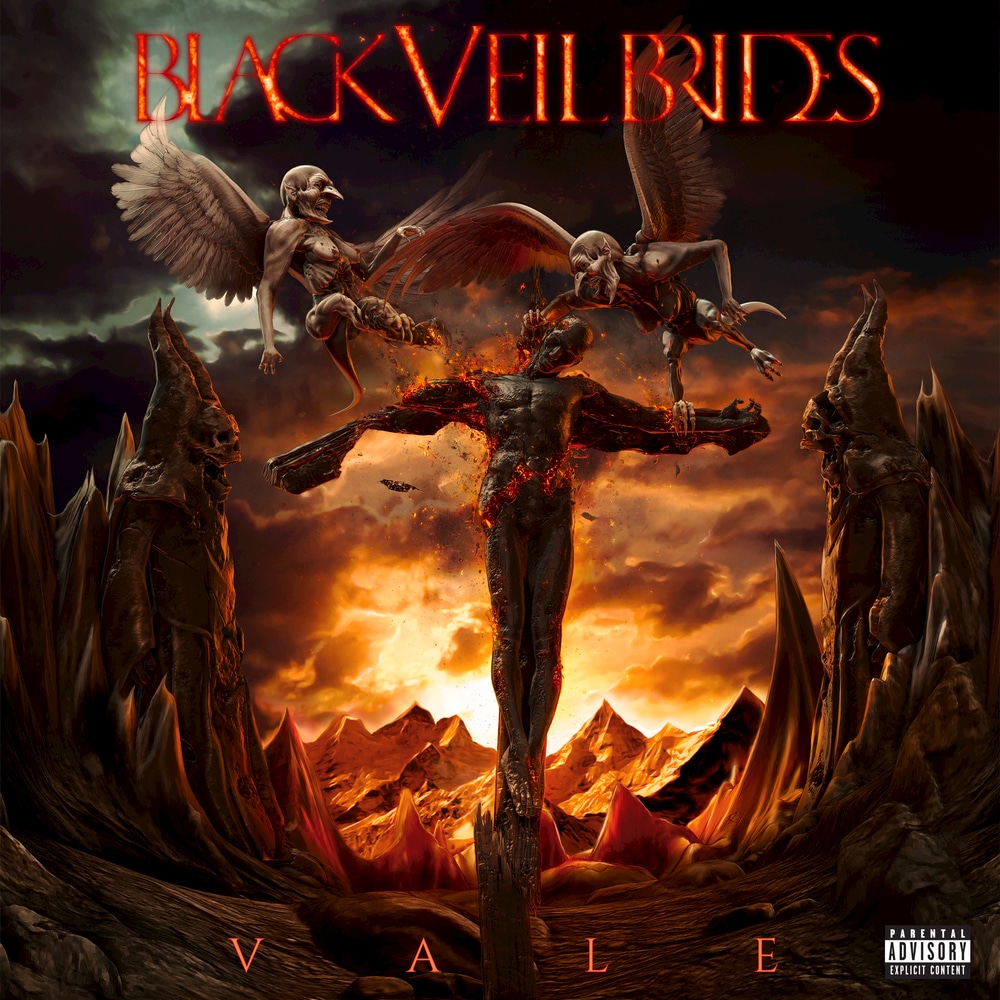 "..the production, like the undulating strings in the background of When They Call My Name, and a stuttering synthon_Dead Man Walking_, makes the songs sound stirring despite their apparent lack of introspection. Our Destiny, with its heavily multi-tracked vocals, sounds like a reject from Andy’s The Shadow Side album with some last-minute guitars thrown in, but there is a nod to Black Veil Brides’ earlier, more aggressive sound in My Vow. It would be a stretch to call it punk-influenced, but it’s fast, and contains more growls and grunts than the rest of the record."
- Thea De Gallier, Metalhammer

Black Veil Brides present their fifth studio album Vale, thunderous twleve tracks that stay true to their glam rock-influenced sound. The songs deal with the challenge of moving on from the pain and anguish of the past, with the hope of redemption and healing.
44.1 kHz / 24-bit PCM – Lava Music/Republic Records Studio Masters