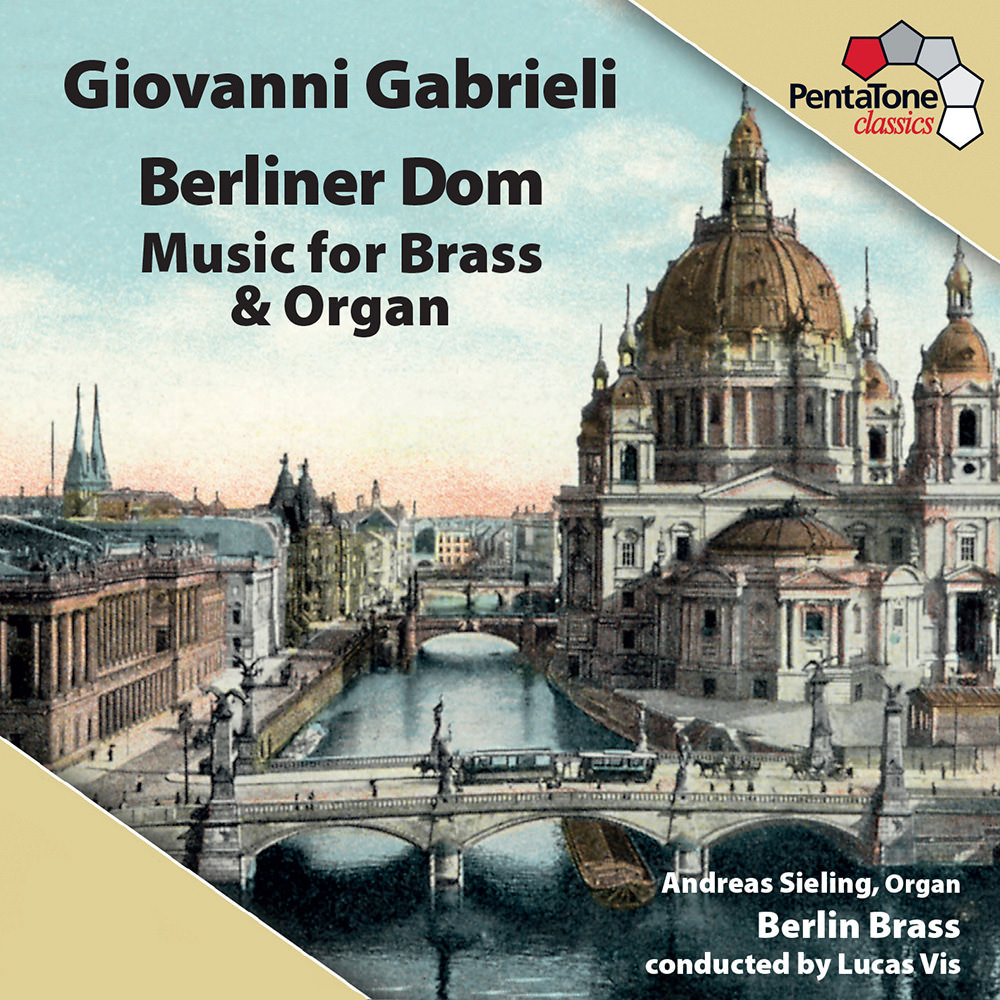 "... a knockout! We are taken back to the 17th century in a spacious resonant cathedral ... a sonic treat ... don't miss this one!"
- ClassicalCDReview.com

"Five Stars ... it is most pleasing to hear these settings for pipe organ and brass, expertly recorded ... a tremendous demonstration of the value of hi-res sound ..."
- Audiophile Audition

"I doubt you’ll find a disc of Gabrieli’s works for brass played any better than they are here and I know you won’t find a more spectacular-sounding recording than this one ... strongly recommended."
- Fanfare

Recorded in Berlin’s magnificent cathedral with its superlative acoustics, this album features some of Giovanni Gabrieli's most celebrated compositions in outstanding sound quality. In partnership with some 30 brass players from the Berlin Radio Symphony Orchestra, Berlin’s Deutsche Oper and other ensembles, this 2013 release succeeds in conveying the full lustre of the Venetian polychoral style.
96 kHz / 24-bit PCM and 2.8224 MHz DSD – PentaTone Studio Masters