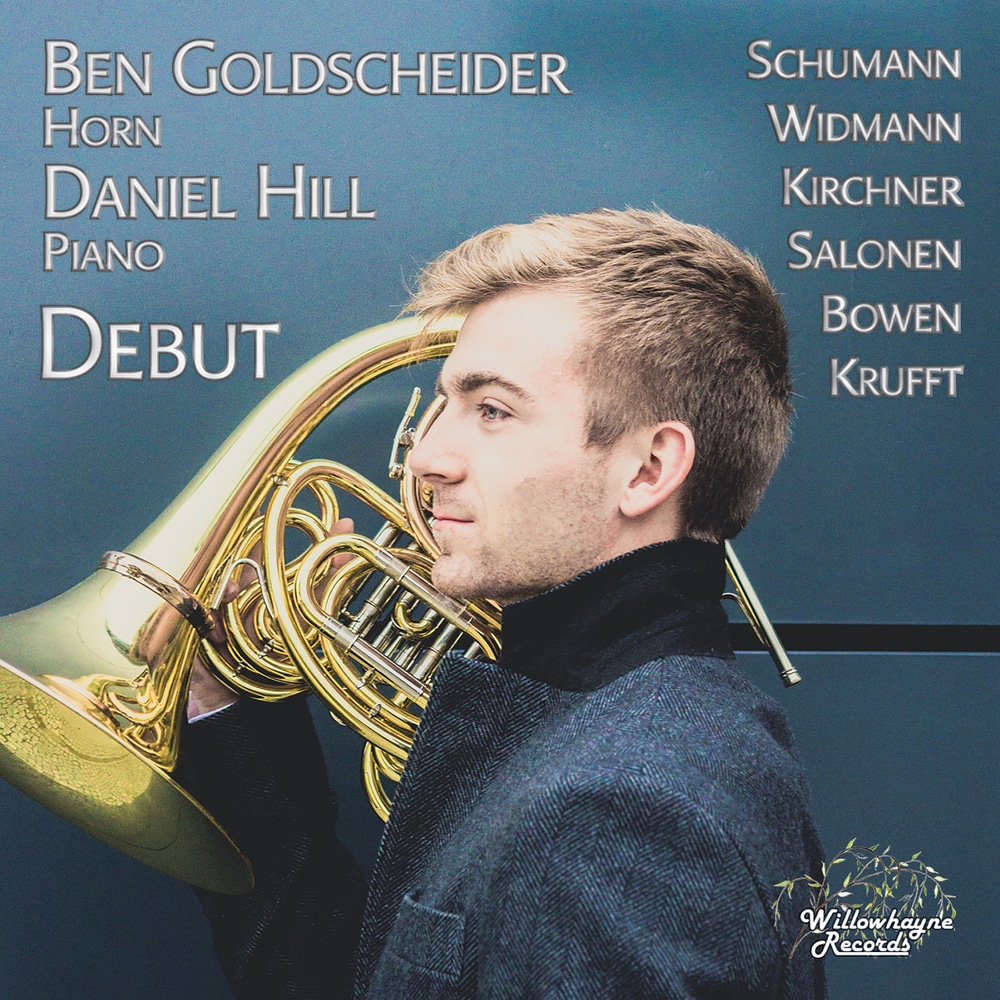 "Goldscheider becoming a musical Bear Grylls, fearlessly leaping through its dangerous terrain. You find yourself with him every step of the way."
- James Murphy, Huffington Post

"He makes the horn proud, he makes it sincere, noble…he makes it all the colours you would want and more from any instrument."
- Mark Wigglesworth, Conductor–BBC Young Musician Final

Award-winning horn player Ben Goldscheider pays tribute to the standard repertoire for horn players in his debut album. In 2016 Goldscheider reached the finals of the BBC Young Musician Competition and since he has built a musical career for himself based on his beautiful and colorful tone. Goldscheider has been invited to play with many major orchestras and various ensembles but on his album Debut Audiences can hear his sound as a soloist.
96 kHz / 24-bit PCM – Willowhayne Records Studio Masters