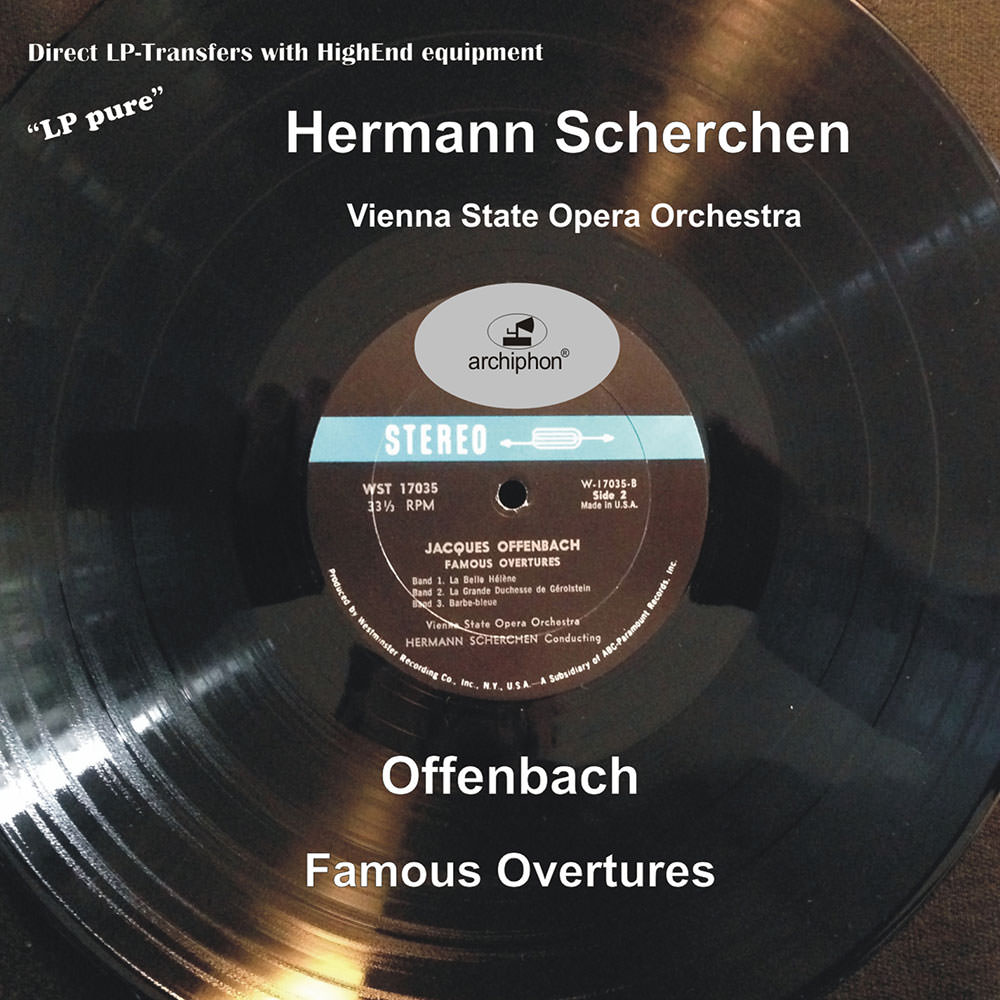 Available in 96 kHz / 24-bit AIFF, FLAC high resolution audio formats
This is a reissue of a stereo recording made in December 1961 at Mozart Hall in Vienna and originally released by the Westminster Recording Company, a cult classical music label that earned a well-deserved reputation among audiophiles for the superior sound quality of its albums. Hermann Scherchen began his long association with Westminster in the early 1950s and the recordings he made for the label established his name internationally. This digital-only release was transferred from the analogue source into the digital domain at 24-bit using high end equipment and without any further manipulation apart from a slight declicking. As a result, the digital data medium fully retains the warm, atmospheric analogue sound of the original source.
96 kHz / 24-bit PCM – Archiphon Studio Masters