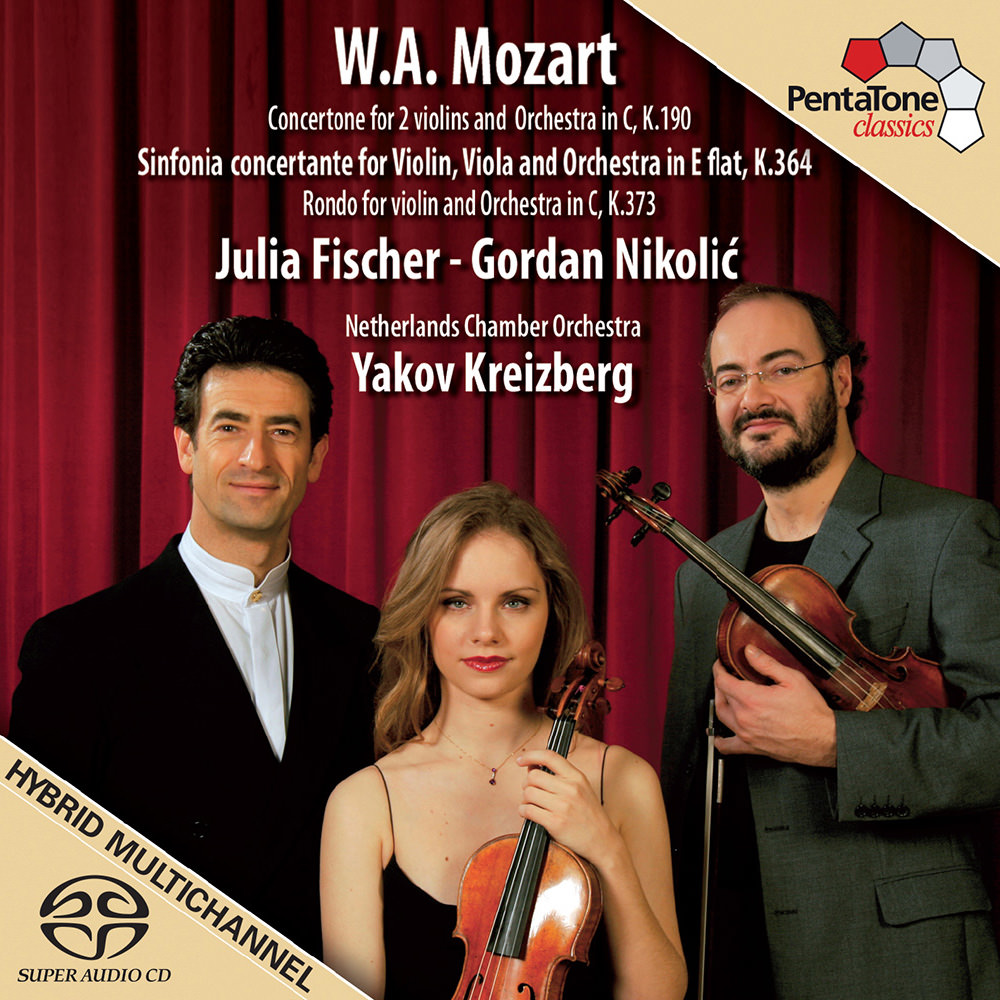 "A vital, graceful Mozart partnership puts this version among the best ..."
- Gramophone

"... soloists, orchestra and conductor emphasise the majestic, symphonic dimensions of the opening movement and they duet rapturously like operatic lovers in the sublime Andante ... you won’t want to miss this ..."
- The Sunday Times

“Listen to the start of the great Sinfonia Concertante, here replete with an energy which doesn't preclude sensitivity of phrasing or detail of instrumental colour … Fischer and Nikolic emerge with a sense of wonder, marking this as one of Mozart's most deeply felt inspirations ... their interplay in the Adagio is a profound delight.”
- BBC Music Magazine

Award-winning German violinist Julia Fischer was only 24 when this album was released in 2007 yet she was already a veteran of the recording studio and the concert stage. On this album her compelling performances once again demonstrate her technical prowess and keen musical intuition; equally praiseworthy is her partner Gordan Nikolić on second violin and viola.
96 kHz / 24-bit PCM and 2.8224 MHz DSD – PentaTone Studio Masters