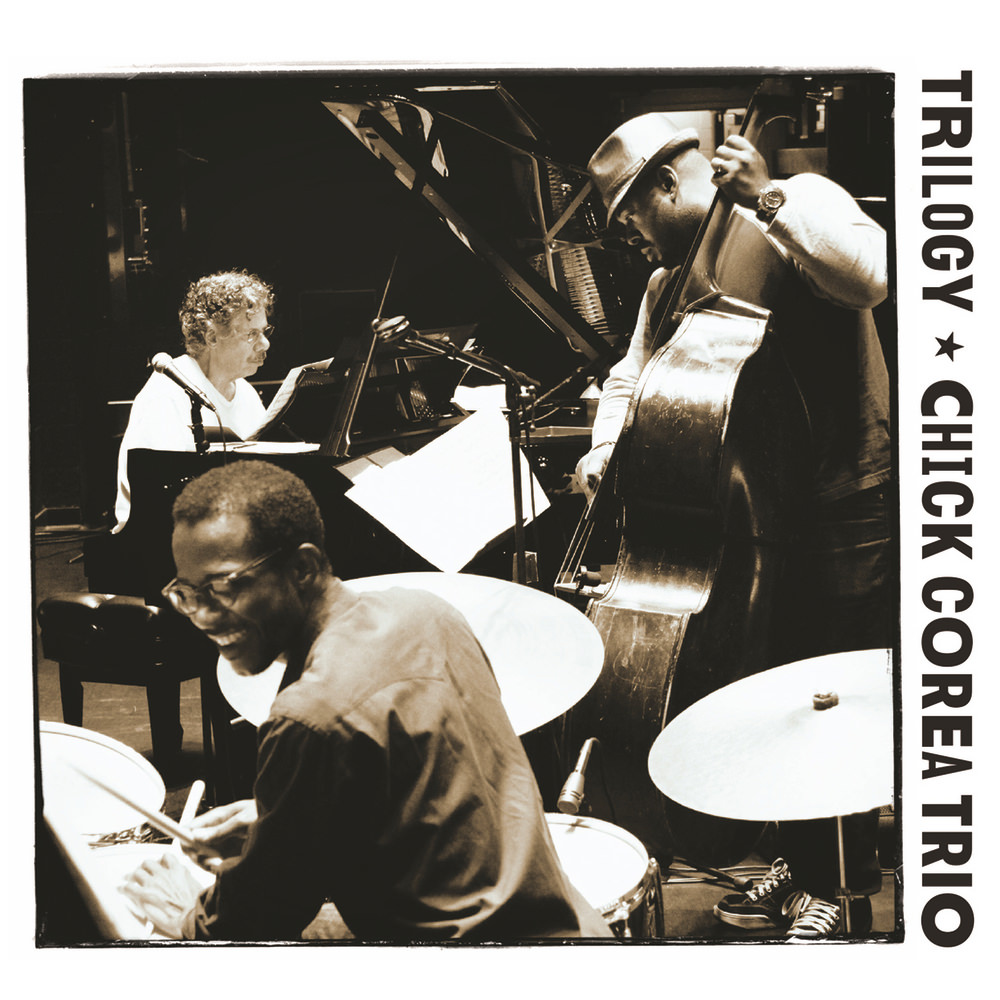 Available in 96 kHz / 24-bit AIFF, FLAC high resolution audio formats
Grammy Award - Best Jazz Instrumental Album, 2015 Grammy Award - Best Improvised Jazz Solo, 2015 - Fingerprints "... combines original material old and new with a healthy dose of jazz standards, liberally reinterpreted by this masterful, virtuosic and eminently swinging group. Impeccably recorded ... leaps out of the speakers with pristine clarity and visceral punch." - All About Jazz "Jazz Choice. In the hands of lesser musicians such a project would have become a self-indulgent ragbag, but Corea's inventiveness means there's never a dull moment." - BBC Music Magazine "The diaphanous music that Corea, McBride and Blade unveiled only could have been created by the three of them at once ... a complex, finely woven sound, the musicians trading phrases and ideas with uncommon delicacy and ease.” - Chicago Tribune Trilogy is a double Grammy-winning triple-album set recorded live around the world by Chick Corea's spectacular trio featuring bassist Christian McBride and drummer Brian Blade, both star leaders in their own right. A marvel of live recorded sound, particularly for having been captured in multiple stops on the road, Trilogy sees the trio reinvent classic Corea compositions such as Spain as well as previously unreleased originals like Piano Sonata: The Moon. The group also performs an array of jazz standards including two Thelonious Monk tunes and even reimagines a Prelude by fin-de-siècle Russian composer Alexander Scriabin. “I’ve made a life of learning and inventing ways to make music, but it often seems unproductive for me to try to describe it in words. But I have one about working with this trio and making this live album: pleasure. I hope listeners experience the same.” - Chick Corea
96 kHz / 24-bit PCM – Concord Jazz Studio Masters