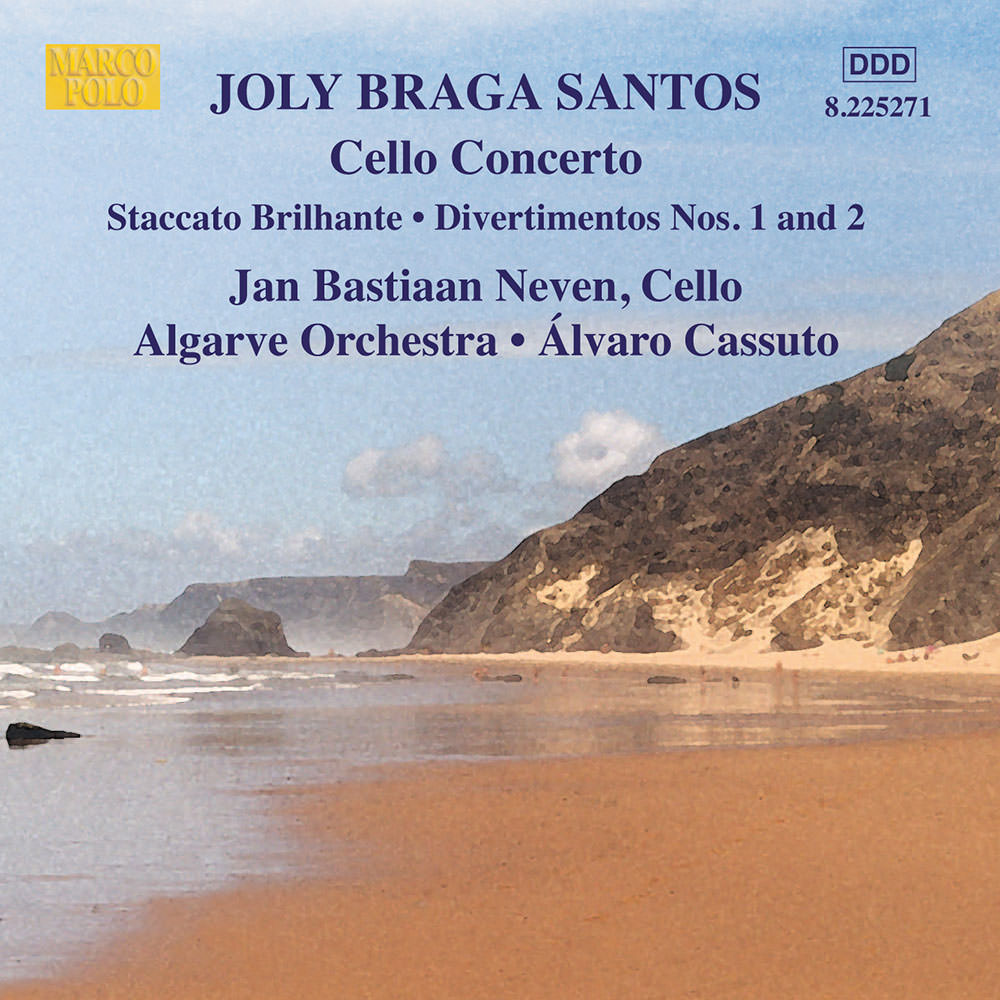 Available in 44.1 kHz / 24-bit AIFF, FLAC audio formats
"... Divertimento No. 1 gets my vote for Most Beautiful Unknown Work of the Last Century. It’s worth the price of the disc ... the performances overall are very good under Cassuto and the sonics have plenty of colour and impact." - ClassicsToday.com "... Cassuto adds to his discography as Braga Santos’s prime champion in these elegant and focused performances. The Algarve Orchestra copes admirably with the comparatively straightforward early scores and the considerably more intricate and wayward late ones ... this seems to contain some of Braga Santos’s most eloquent music ..." - BBC Music Magazine On this album with the Algarve Orchestra, conductor Álvaro Cassuto performs five works by Joly Braga Santos, undoubtedly one of the leading Portuguese symphonists of the 20th century. As presented on this 2004 release, the five pieces do not follow the chronological order of their composition, indeed, their dates of creation jump from the 1980s to the 1940s to the late 1950s, then back into the '70s and '80s. Conductor Cassuto has a long history recording and performing the music of Braga Santos dating back to 1963.
44.1 kHz / 24-bit PCM – Marco-Polo Studio Masters