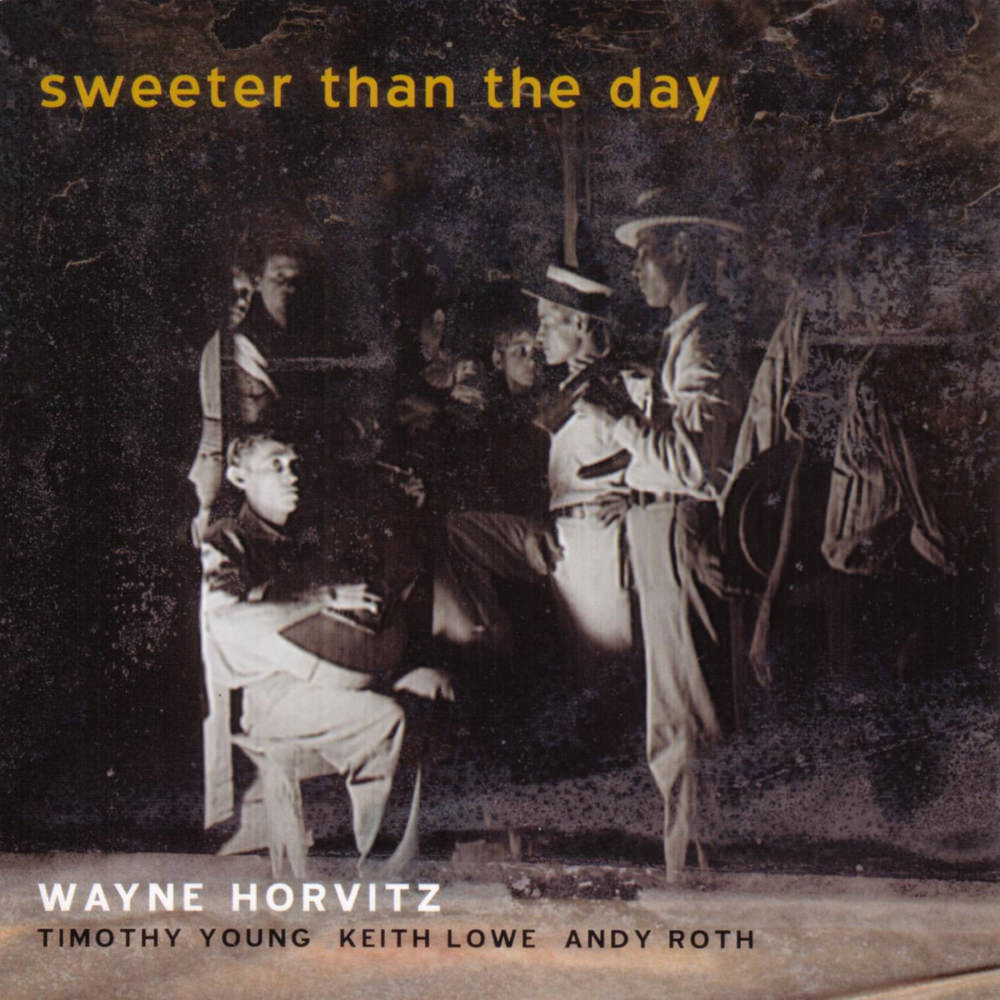 Sweeter Than The Day

Available in 88.2 kHz / 24-bit AIFF, FLAC and 2.8224 MHz DSD high resolution audio formats
“... quietly powerful chamber modernism full of eclectic composerly acumen that makes dreamlike reference to jazz, country, folk and hymn-like material ... delightful and original." - MOJO "... Horvitz in a beguiling mood again, with the emphasis on melodic depth ..." - JazzTimes.com “... summons up forlorn images of a lost heartland ... every note seems to carry meaning and purpose." - DownBeat "Horvitz's understanding of country, blues, folk and even singer-songwriter type music is made quite plain on this CD. None of these elements are represented in an obvious way and that's perhaps the main reason why this appeals so strongly. The strength of the music lies in Horvitz's beautifully crafted compositions. Like Monk and Herbie Nichols, Horvitz is able to create memorable and distinctive melody lines ..." - Jazz Weekly The debut album from Wayne Horvitz's sideline acoustic project Sweeter Than The Day, released in 2002, expresses the reflective side of pianist Horvitz's temperament: bittersweet, melodically distinctive chamber jazz, an evocative combination of swing, bop, blues, West Coast cool and the occasional edge of free jazz, with echoes of French impressionism and other classical piano music and popular music of the 1950s and 1960s.
88.2 kHz / 24-bit PCM and 2.8224 MHz DSD – Songlines Recordings Studio Masters