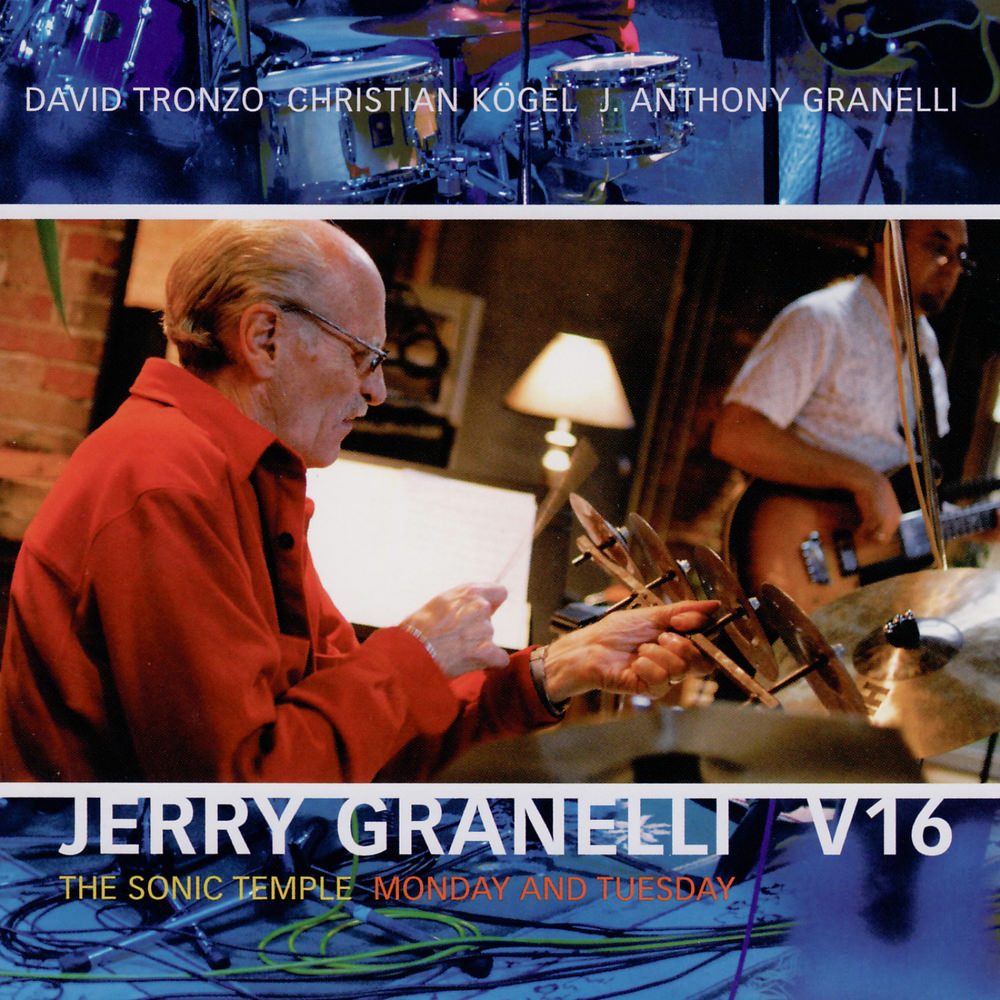 The Sonic Temple - Monday And Tuesday

Available in 88.2 kHz / 24-bit AIFF, FLAC high resolution audio formats
"This is precision, this is punch, this is real exploratory music that cannot really be held down by anything. It is free, but it ain’t free jazz. It is just freed of all our bourgeois expectations. Best jazz album of the year so far ..." - PopMatters.com This double album captures two nights of live performances by jazz drummer Jerry Granelli and his dual guitar project V16 recorded at Halifax studio The Sonic Temple during the Atlantic Jazz Festival in 2006. The tunes are presented on this audiophile recording exactly as they were performed live, unedited and in the order played: seven band originals and a James Brown cover played as a lyrical slow blues. The same setlist played both nights allows listeners to compare, contrast and appreciate the improvisational nature of each performance.
88.2 kHz / 24-bit PCM – Songlines Recordings Studio Masters